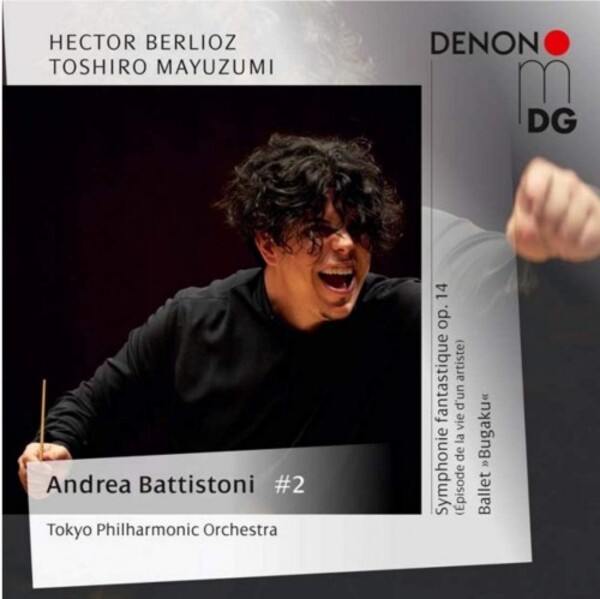 The Symphonie fantastique by Hector Berlioz enjoys great popularity today. His contemporaries, on the other hand, tended to enjoy the usual classical repertoire in 1830 and were disturbed by the impetuous, almost brute suggestive effect of the revolutionary work.

Andrea Battistoni and his Tokyo Philharmonic Orchestra add a ballet music by Toshiro Mayuzumi from 1962 to this symphonic milestone. Mayuzumis work Bugaku continues an ancient imperial Japanese ballet tradition. Samai, the rather solemn dance from the left with Chinese roots, is the inspiration for the first part, while the humorous Umai, borrowed from Korea, dominates the second part with a performance from the right. Mayuzumi, whose musical language is strongly influenced by Messiaen, Varèse and Stravinsky, makes use, like Berlioz, of a luxuriant orchestra.

Born in Verona in 1987, Andrea Battistoni is one of the rising young talent in the international music scene. He has conducted most of the leading orchestras of the world and became (aged 24) the youngest conductor to ever tread the stage of the Teatro alla Scala of Milan.

He became Chief Conductor of the Tokyo Philharmonic Orchestra in 2016 where he caused a sensation in Tokyo with his charisma and sensitive musicality, conducting the Tokyo Phil for operas such as Nabucco, Rigoletto (Nikikai), and Aida (co-produced grand opera), and numerous symphonic works. This brand new production is a highly welcome continuation of MDGs extremely fruitful cooperation with the Japanese luxury label DENON.