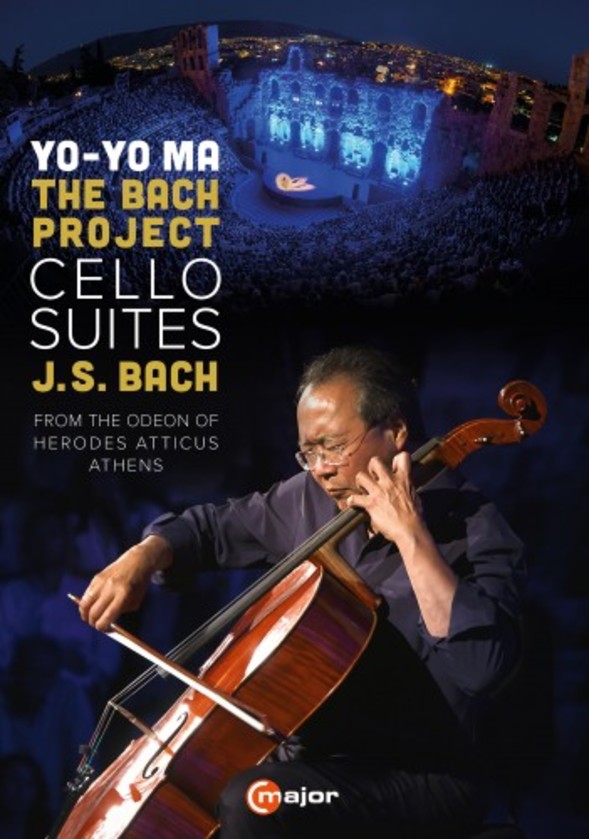 In 2018, Yo-Yo Ma began a two-year journey, setting out to perform Johann Sebastian Bachs Six Suites for solo cello in one sitting, across 36 locations on 6 continents. For Yo-Yo, Bachs 300-hundred-year-old music is one extraordinary example of how culture connects us and can help us to imagine and build a better future. In an unforgettable experience the 19-times Grammy Award winner and internationally acclaimed cellist performed the Cello Suites at the overwhelming Odeon of Herodes Atticus in Athens. Yo-Yo Ma says: These suites are so meaningful. Theyre not only companions and friends, but theyve also been reference points in my life.
Soft sounds around me suggested that others were caught up in similarly strong emotions. How Ma has this effect on people is a mystery: I suspect it has to do with the warmth he brings to music that is fundamentally beyond comprehension. He makes the godlike human.  Alex Ross, The New Yorker
Bonus: Interview with Yo-Yo Ma on Bachs Cello Suites
Sound format: PCM Stereo, DTS 5.1
Picture: NTSC, 16:9
Subtitles (Bonus): English (original language), Korean, Japanese
Booklet: English, German, French
Total runnng time: 161 mins (concert 140 mins + interview 21 mins)