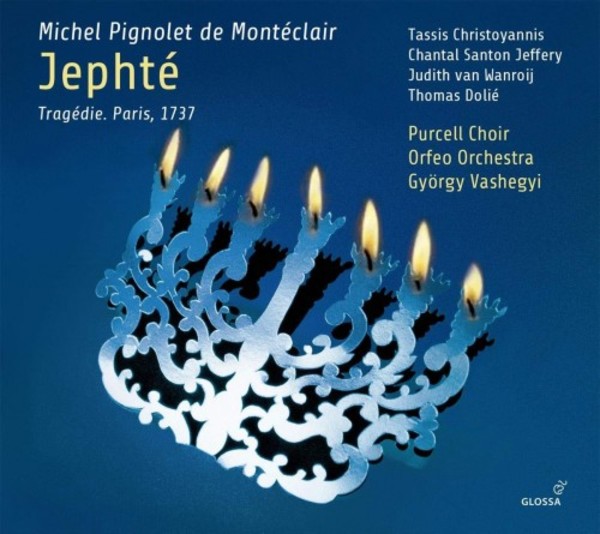 In Jephté by Michel Pignolet de Montéclair, György Vashegyi directs  with style and energy  another riveting account of a neglected French Baroque opera.

The work, based on the Biblical tale of a conquering general obliged, by a sacred vow, to sacrifice his own kin, became an immediate success in 1732, indeed a fixture in opera life in France, receiving over a hundred performances at the Opéra alone in the three decades following its première.

Montéclair and his librettist Pellegrin were open to preparing revised versions of the opera and it is the third and conclusive edition which has been worked on by the Centre de Musique Baroque de Versailles and recorded by Vashegyi and his musicians.

The central and demanding role of Iphise here is taken by Chantal Santon Jeffery, who is joined by Tassis Christoyannis as the unfortunate but successful- in-war title character, Judith van Wanroij as the bewildered but resolute mother and Thomas Dolié as the relayer of divine messages, Phinée.

There is an imaginative and individual flair to Montéclair's music, nurtured by his extensive orchestral pit experience at the Paris Opéra  and Jephté is a work of his maturity. As well as the tautness of the third edition, the fruits of all this experience are to be heard here with the Orfeo Orchestra showing its paces in zesty airs, minuets, marches and a chaconne, but also with a musette-tinged pastoral celebration  this last also allows the Purcell Choir opportunities to excel; elsewhere, the choir is called on variously to represent warriors, Israelites, and companions of Iphise.