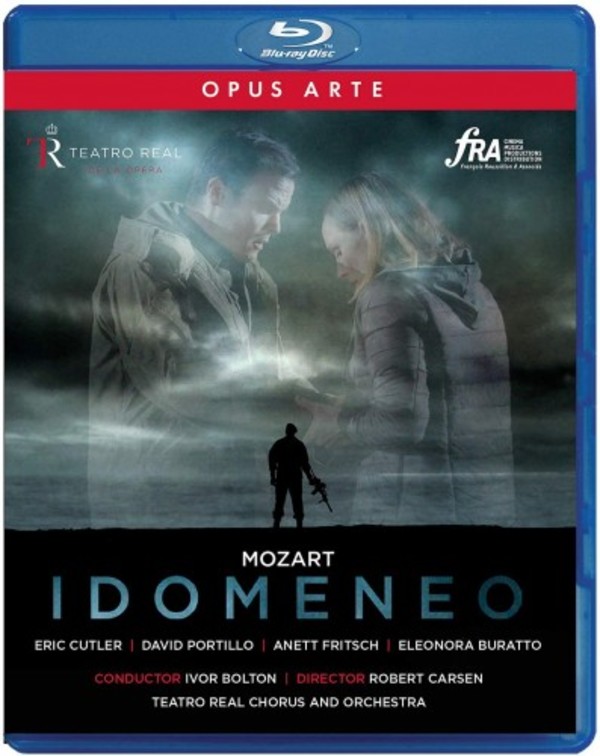 Mozarts third venture into opera seria, demolished the genres traditional boundaries and paved the way for lyric drama. Blending youthful earnestness with mature mastery, Mozart uses  while profoundly changing  the elements of a genre based on arias that come one after another with no real concern for dramatic progression. The importance and expressive power of the choruses, influenced by the operatic reforms of Gluck, foreshadows The Magic Flute. Idomeneo is often regarded as Mozarts first masterpiece for the opera house.

After the fall of Troy, King Idomeneo can finally dream of returning to his homeland after a long absence, during which his son Idamante ensured the continuity of his reign and guarded Trojan prisoners, including Ilia, King Priams daughter. To escape from a terrible storm that is keeping him from reaching Crete, Idomeneo promises Neptune to sacrifice the first living being he encounters upon landing. Unfortunately, it is his own son who greets him in his native land. Ilia, by offering her own life in exchange for that of Idamante, whom she loves and who loves her, convinces Neptune to yield and to deliver Idomeneo from his fateful vow.

[Ivor Boltons] Idomeneo is intense and superbly anchored at every moment, the orchestra reacted perfectly to the stage, whether to soloists or choir, and the result was more than worthy, overwhelming,each of the choral sections, above all the sublime choir in the third act, was a genuine delight  Carsens staging, a co-production with Canadian Opera Company, Rome Opera and Royal Danish Opera, is full of such imaginative moments. The end of the opera, when more than one-hundred chorus members and extras changed from soldiers to current city dwellers to sing the final chant of peace, was especially moving. No other production I have seen presented so clearly the human drama within the battle between the two princesses.  Opera News

Conductor Ivor Bolton, Music Director of the house, is a guarantee of success, especially when it comes to Mozart. And he has proved it once again with an excellent, lively reading. The Teatro Real orchestra, as always, was outstanding, and so too was the chorus.  Seen and Heard International