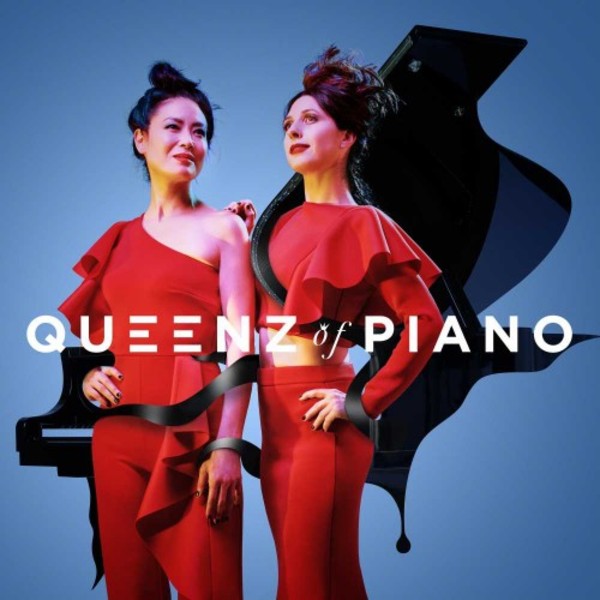 Queenz of Piano combine virtuosity and the depth of classical music with the atmosphere of a pop concert. At a time when Johann Wolfgang von Goethe has been overtaken by the (German) comedy film Fack ju Göhte (released in the USA as Suck me Shakespeer), these two young female pianists are pushing the boundaries between Bach and beats, classical and pop music, the so-called arts and pop culture!

Their first album is produced with star producer Mousse T. (Sex Bomb/Tom Jones, jury member on Germany's equivalent of Britain's Got Talent). On their new album the Queenz of Piano combine Johann Sebastian Bach's Toccata with Thunderstruck by AC/DC to produce a fantastic piece of music. Beethoven's Ode to Joy merges with the infectious joie de vivre of Happy (Pharrell Williams). Chopin's Revolutionary Study meets energy-laden dance beats on Eye of the Tiger. On Ed Sheeran's Shape of You the piano becomes a percussion instrument for electrifying grooves that produce crackling tension between the soft notes and fast passages.

The award-winning pianists round off their programme with their own compositions, proving yet again their musical credentials for genre boundary hopping. Augmented by electronic sounds and live visuals, their original way of playing the piano produces a completely new synthesis of the arts: a modern-day piano concerto!

The Queenz of Piano are at home at the most renowned venues and classical music festivals. The have made many guest appearances including at the Ruhr Piano Festival, the Schumann Festival in Bonn and the Bechstein Piano Festival. Their energetic stage show and their charming presentation style have made them a talking point internationally (in Taiwan, China, Hong Kong, England, Portugal, France, Poland, the Netherlands, Switzerland, Austria), and they now present their show in four different languages. In 2018 the South China Morning Post referred to their 5-week tour through China as "A musical extravaganza". This was followed by invitations to perform at the Acropolis Centre in Nice and at the Classic Delights Festival in Hong Kong. The duo was chosen to represent Germany musically at EXPO 2019 in Beijing.