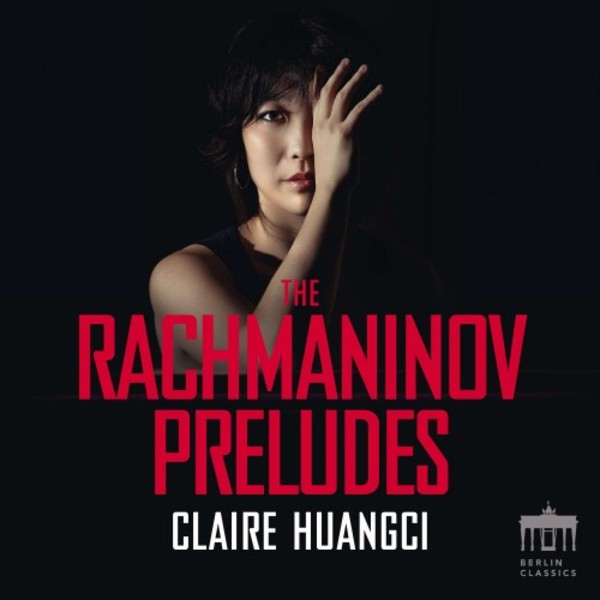 Following on from her last, highly-acclaimed release of all of Chopins Nocturnes, the Chinese-American pianist Claire Huangci now takes on the next pianistic giant from the other end of the Romantic spectrum: Sergei Rachmaninov and his 24 Preludes.

Claire Huangci explains that in recent years she has felt herself more and more attracted by entire cycles of works, in order to better understand the longer spans of an individual composers life. In the case of Rachmaninov and his 24 Preludes from three opus numbers, the challenge is very interesting, since he composed them over a period of 18 years. In 1892 Rachmaninov laid the foundation stone with the Prelude in C sharp minor, op.3 no.2, which soon became one of his best-known works.
If we are to fully appreciate the psychology of the prelude, then let us agree that its function is not to express a mood, but to precipitate it. If we transpose that concept to all of Rachmaninovs Preludes, then this statement makes it clear that the diversity of emotions that Rachmaninov wished to convey was vast. The 10 Preludes op.23 of 1903 and the 13 Preludes op.32 of 1910 complete the double-dozen and clearly outline the Russian composers evolving intentions: You can hear the transition. Rachmaninovs music became more complex, more contrapuntal; it became harmonically more interesting and more exciting, according to pianist Alexis Weissenberg.
unflappable technical command and sensitive ear for nuance - Gramophone

Huangci has a lovely, warm sound and in some pieces, like the F sharp major, integrates all the incredible filigree to beautiful effect - The Observer

A Chopin Diary: The Complete Nocturnes

Mendelssohn - Works for Violin and Piano