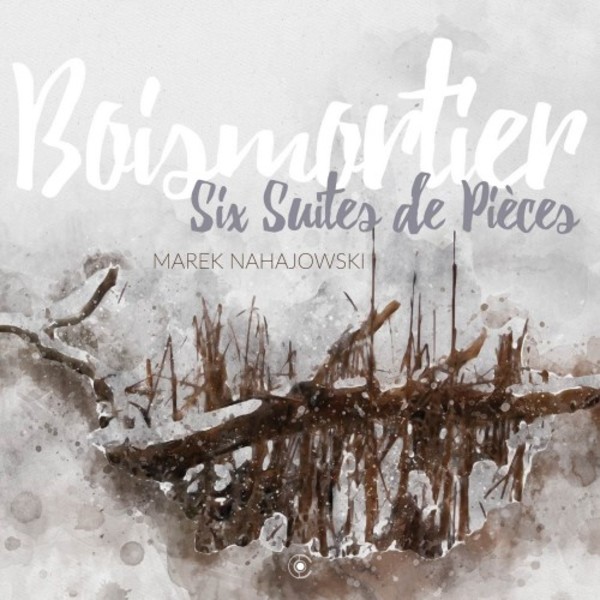 The publication of the record with Boismortiers suites for the recorder solo has been part of the Tuning systems and musical temperaments  aural perception research project, conducted by the Chair of Music Theory of the Grażyna and Kiejstut Bacewicz Academy of Music in Łódź. The aim of the project is to investigate the perception of music performed in different intonation systems  the research into intonation-related sensitivity, an impact of intonation on the perception and interpretation of a composition, search for the methods of learning new intonations.

This record is a demonstration of just intonation applied in the realization of 18th-century music for a wind instrument solo. The most interesting feature of this system is a certain fluidity of intonation, occurring in relation to changing harmony within one key and the perception of different keys in subsequent suites. As a consequence, subtle changes in the pitch of particular tones are bound to be determined by the harmonic course of the work and by their role as a given chord member, a third and fifth in particular. This recording serves as a perfect tool for the presentation of just intonation and its nuances.

Marek Nahajowski (b. 1979), music theorist, flautist performing on replicas of period instruments; graduated with honours with a Masters degree in music theory, tutored by Ryszard Daniel Golianek (Łódź 2003), and in the recorder performance, tutored by Tomasz Dobrzański (Wrocław 2007); since 2010 an adiunkt [assistant professor] in the Chair of Music Theory at the Grażyna and Kiejstut Bacewicz Academy of Music in Łódź, where he gives classes in performance practice of baroque music, the history of music theory and compositional practice and since 2011 he has been running the class of recorder. He is an author of the first Polish translation of the treatise by Johann Joachim Quantz entitled Versuch einer Anweisung die Flöte traversiere zu spielen; he has also written a dissertation devoted to Quantzs flute sonatas (published in Łódź, 2013), for which he has been awarded at the prestigious Rev. Prof. Hieronim Feicht Competition. In his scientific pursuits, Marek Nahajowski focuses on the hermeneutical interpretation of musical works written in the 16th-18th centuries and on the aesthetics and performance practice of Baroque and early Classicism. As an instrumentalist, he has performed with numerous early music ensembles, such as Il Tempo, Ars Cantus, Concerto Polacco, Royal Baroque Ensemble, Filatura de Musica. Marek Nahajowski is also invited as a guest lecturer to courses in early music interpretation.