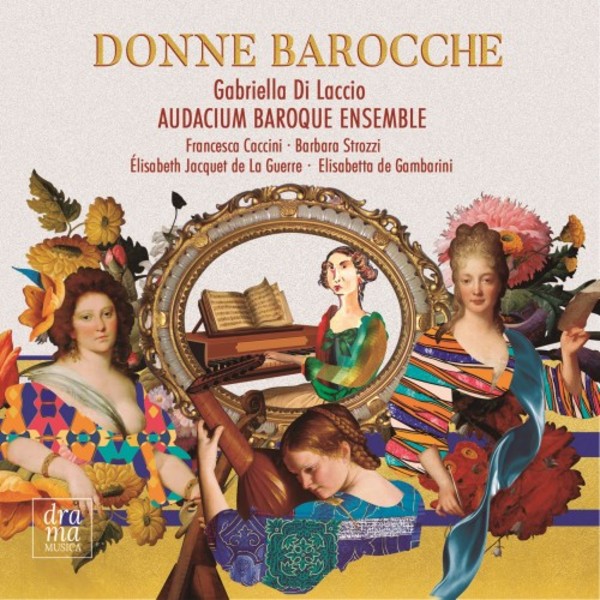 Suite I in D minor

Suite I in D minor

Women in music, either as composers, performers, or inspirational figures, are never celebrated enough. This CD presents great examples of brilliant feisty women who, amongst the barriers imposed on them at the time, managed to survive history and leave their mark.

These women charmed the courts of Italy, France and England with their talent and managed to create their unique musical expression, which deserves a lot more attention in our present time.

Featuring the dramatic expression of early Baroque as noted on the works by Francesca Caccini and Barbara Strozzi as well as the flamboyant and groundbreaking pieces by Élisabeth Jacquet de la Guerre and Elisabetta de Gambarini.

Winner of the Air Europa Classical Act of the Year Award 2013, lyric coloratura soprano Gabriella Di Laccio enjoys an international career that spans the genres of opera, oratorio and chamber music. Especially known for her virtuoso voice and much sought after in Baroque music she is also a devoted a performer of contemporary repertoire. Gabriella performs regularly as a solo recitalist and as a member of various chamber groups and has appeared in a number of major concert platforms including Wigmore Hall, Purcell Room, Southbank Centre, Megaron Opera House, St. Johns Smith Square, Banqueting House Whitehall, Théâtre des Variétés Monaco. In November 2018, she was listed as one of the BBCs 100 most inspirational and influential women in the world. She is the founder and curator of the project DONNE, Women in Music.

Audacium brings together a group of musicians committed to performance on period instruments and to musicological research on 17th- and 18th-century repertoire. Inspired by the daring musical innovations of the baroque period, the ensemble brings to life the dramatic expressiveness of this repertoire with passionate originality. Audacium brings together outstanding musicians with an extensive knowledge of historical practice as soloists and members of prestigious groups including Le Concert des Nations, The Red Priest, I Fagiolini, Ex Cathedra, Stile Antico, Florilegium, The Hanover Band, English National Opera, Welsh National Opera, Opera North and Innsbruck Festival Opera, amongst others. Stay tuned and dare to be baroque!