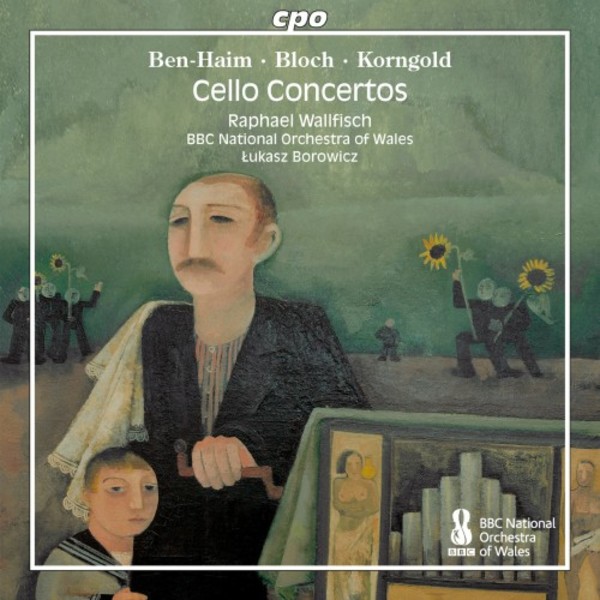 Significant concertos by three great composers now join the rich and multifaceted repertoire of our new series featuring Cello Concertos by Jewish Composers in Exile. The Cello Concerto in three movements composed by Paul Ben-Haim for Richard Katz in 1962 employs virtuosic agility and the expressive flexibility of the solo instrument and exemplarily demonstrates how Ben-Haim was able to fit the stylistic elements characteristic of the Eastern Mediterranean into the structures provided by European forms. Ernest Bloch originally wrote his Symphony for Cello and Orchestra for trombone and orchestra. The enormous size of the orchestra contributes to the exotic panorama with tone colours reminiscent of Schelomo and the other six works of the Jewish cycle completed by him forty years earlier. Erich Wolfgang Korngolds Cello Concerto was originally composed for Deception, but some months after this film had premiered in the cinemas, he reworked the concerto, which in its concert hall version consists of one short movement and among other things a development section featuring fully refined counterpoint and heavy percussive effects.