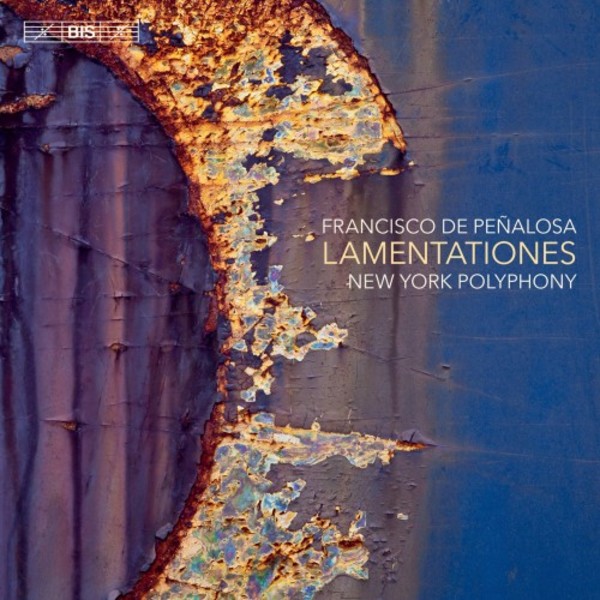 Renaissance music from Spain has come to mean the works of composers such as Tomás Luís de Victoria or Francisco Guerrero rather than their predecessors. But Francisco de Peñalosa  who died in 1528, the same year that Guerrero was born  and his contemporaries were musicians of genuine imagination and skill, whose work often shows a formidable individuality. The most recent edition of Peñalosas oeuvre lists 22 works as genuine: masses, lamentations, hymns and motets. From these, New York Polyphony have selected two highly expressive Lamentations, intended for services held during Holy Week and setting biblical texts bemoaning the destruction of Jerusalem in 586 BC. Both of these are recorded for the first time. Besides two brief motets, Peñalosa is also represented by sections from his Missa Lhomme armé, one of the many examples from the 15th to the 17th century of cyclic masses based on secular melodies.

These pieces by Peñalosa are brought into relief by shorter works by his near-contemporary Pedro de Escobara  a deeply haunting setting of the beginning of the hymn Stabat Mater  and the aforementioned Francisco Guerrero. Guerrero is represented by Quae est ista, a setting of words from the Song of Songs which have inspired the composer to ecstatic cascades of notes. In contrast his Antes que comáis a Dios, with a text in Spanish, is simple but effective, in a propulsive triple time.