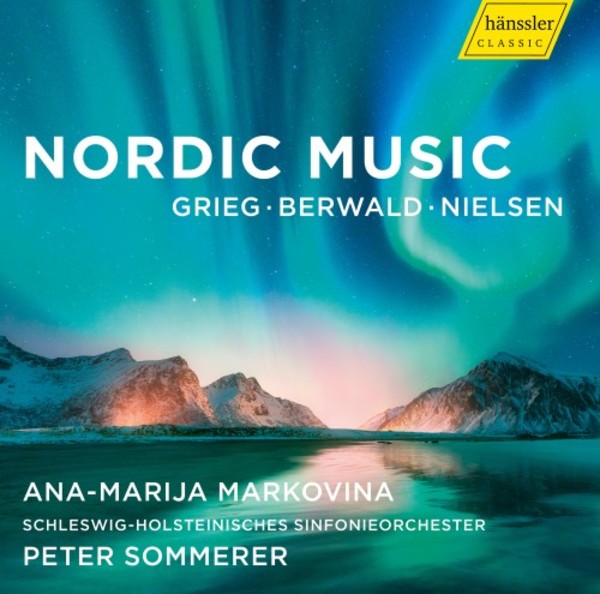 Ana-Marija Markovina is an authentic an unconventional artist. The classical music industry has become a hard business, but she never lost sight of the fact that music needs freedom, the desire for the unpredictable and sometimes the courage to take a risk. Her guide and her motivation is always the human being behind the music.

From the very beginning her musical career was accompanied by important teachers. Ana studied in Detmold, Weimar and Berlin. She received groundbreaking impulses for her technical perfection from representatives of the "Russian school" Vitaly Margulis and Anatol Ugorski. She was furthermore educated in the tradition of the "Viennese School" being pupil of the legendary Paul Badura-Skoda. During this time she broadened her knowledge not only in piano playing but also in the history of art, literature, culture and music.

Ana-Marija Markovina is an exceptional musician who brings to light hidden facets of music with great passion and skill. Her speciality is to study and to record complete works of composers. Only by doing so, she says, she achieves to understand the composer's intention. She did world premieres and complete recordings of Hugo Wolf, Luise Adolpha Le Beau, Anton Bruckner, Anton Urspruch and Humperdinck's four-handed version of Wagner's Parsifal. The albums of the complete works for solo piano by Bruckner and Urspruch were praised by press and media throughout the world.

Especially Carl Philipp Emmanuel Bach is of great importance to her: in 2014, on the occasion of the composer's 300th birthday, Hänssler Classic released a recording of the complete works for piano solo on 26 CDs, generating a huge national and international media response. The recording was enthusiastically acclaimed worldwide as a discographic milestone and received the German Record Critics' Award in 2014.

Recent projects of Ana-Marija Markovina include the recording of the complete piano solo works of Felix Mendelssohn-Bartholdy as well as the piano concertos of Edvard Grieg and Franz Berwald. Numerous radio and television recordings in Germany, Europe, North and South America, Russia and Asia, plenty of concert recordings and her enormous discography complete her profile and unmistakable style.

Ana-Marija Markovina devotes herself with great passion to pedagogical work. Her worldwide, international masterclasses attract a large number of participants. She has an extraordinary empathy for the personality, the level of education and the skills of her students and puts particular emphasis on the cultural, psychological and biographical background of the music being worked on. An important aspect of her career is her talent of free speech. In the lecture concerts she presents the cutural-psychological significance of piano works in the spirit of their time, thus opening up a completely new perspective on musical interpretation.