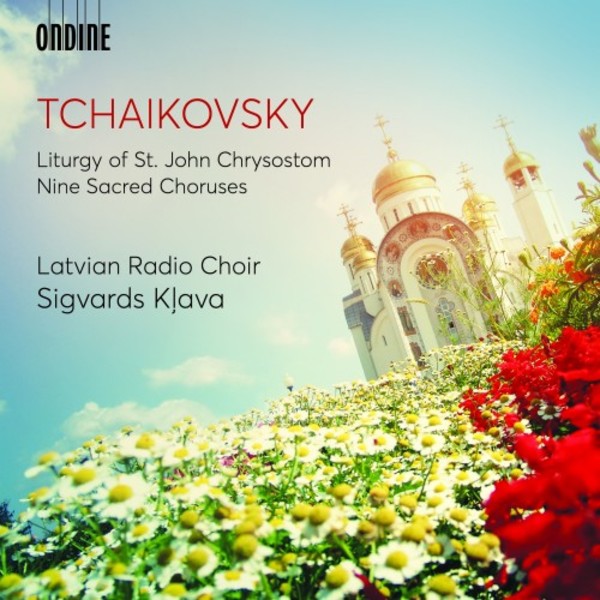 During the last decade, the recordings of sacred vocal works released on Ondine by the Latvian Radio Choir under their director Sigvards Klava have gathered outstanding reviews and gathered several awards. This impressive cycle of recordings continue with a new album of Pyotr Tchaikovskys (18401893) sacred works.

In 1877, Tchaikovsky wrote in a letter to Nadezhda von Meck: I often go to the public worship; in my opinion, the liturgy of St. John Chrysostom is one of the greatest works of art Tchaikovsky enjoyed attending worship services, visited them regularly and always showed interest in sacred music, especially in the music of the Orthodox Church. Already relatively early in his career, in 1875, he issued A short textbook of harmony, adapted to the reading of spiritual and musical compositions in Russia, which in 1881 was approved as a textbook of church singing in theological seminaries and colleges. The same year, Tchaikovsky started editing the works of Dmitry Bortnyansky, a pioneer of sacred Orthodox music. Tchaikovsky wished to reform sacred Orthodox music but at the same to draw inspiration from the traditions of past centuries. Prime example of this is Tchaikovskys monumental work in sacred Orthodox music, the Liturgy of St. John Chrysostom, op.41. The Nine Sacred Choruses were written some years later. This work is not a cycle in the basic meaning of the word, but rather a collection, and another affirmation of Tchaikovskys skills as one of the greatest composers of Orthodox sacred music.