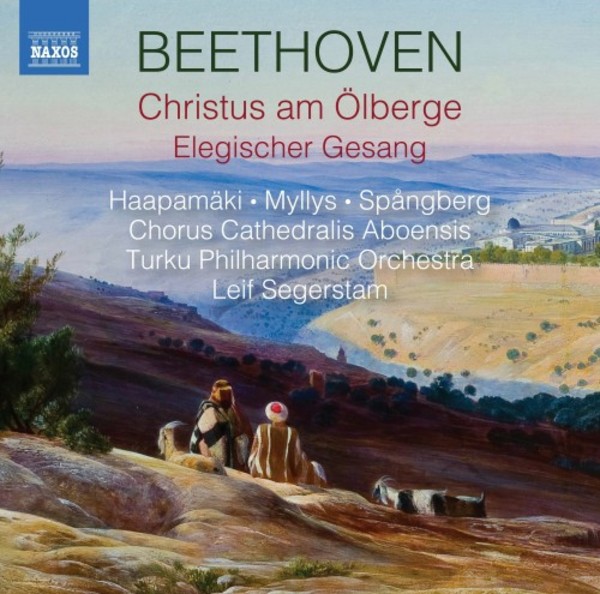 Ludwig van Beethovens only oratorio Christus am Ölberge (Christ on the Mount of Olives) portrays Jesuss emotional struggles in the garden of Gethsemane before being seized by soldiers and taken for crucifixion. The work has an Italianate form with recitatives, arias and choruses, and its operatic attributes show Christ as a very human figure, a dramatic precursor to the sufferings of Florestan in Beethovens Fidelio. The tender and beautiful Elegischer Gesang is a memorial to the young wife of one of Beethovens close friends.

It has been many years since we gave attention to Beethovens choral music, and the prospect of a new edition is one to be anticipated with delectation. Unjustly neglected, Beethovens oratorio Christ on the Mount of Olives is a relatively obscure work when compared with his symphonies, and there has been barely a handful of recordings in recent decades.

Leif Segerstams recordings for Naxos include a six-volume set of Jean Sibeliuss music for theatre, including Jedermann (8573340) with the Turku Philharmonic and Chorus Cathedralis Aboensis, which was a MusicWeb International Recording of the Year and summed up as gorgeous, unflinchingly dark and anguished by ClassicsToday.com.

Segerstam has said that he has a special place for Beethoven between his ears, having grown up with the composers music and conducting it frequently during his years in Vienna during the 1970s and 80s.

This recording has a strong cast of soloists, led by tenor Jussi Myllys as Christus. His international career has seen him on stage performing works such as J.S. Bachs St John Passion with the Gürzenich-Orchester Köln, and Wolfgang Rihms Deus Passus with the Bachakademie Stuttgart. His recording of Aulis Sallinens Kuningas lähtee Ranskaan (The King goes forth to France) with the Helsinki Philharmonic Orchestra was an American Record Guide Critics Choice. Soprano Hanna-Leena Haapamäki (Seraph) has worked with such conductors as John Storgårds, Okko Kamu, Sian Edwards and Arvo Volmer, and bass Niklas Spångberg is an operatic star in Finland, with roles including Brittens The Rape of Lucretia in his current repertoire.