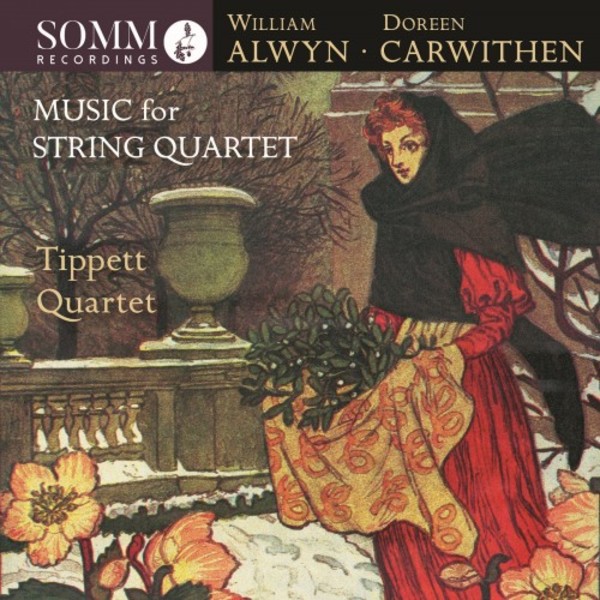 SOMM Recordings coupling of string quartets by teacher and pupil William Alwyn and Doreen Carwithen offers a revealing glimpse  in illuminating performances by the Tippett Quartet  into the relationship between a master composer and his promising student who became one of the great what might have beens of British 20th-century music.

Alwyns position as a leading British composer was cemented by his prolific output (totalling more than 500 scores) while Carwithen abandoned composing altogether to act as Alwyns amanuensis and secretary, eventually becoming his wife in 1975. Composed in 1948, Alwyns atmospherically charged Three Winter Poems are charming works that benefit from the evocative, emotional immediacy that characterised his cinema scores.

His last major work, 1984s String Quartet no.3, was a valedictory celebration of what the composer called this most perfect of mediums. Unexpectedly animated (Alwyn was 79 at the time), it ends, says the William Alwyn Foundations Andrew Knowles in his authoritative booklet notes, in peaceful serenity, providing a moving and fitting swansong to Alwyns composing career.

While the prolific Alwyn composed 16 string quartets, Carwithen produced just two, both early in her career, both displaying, says Knowles, a remarkably sound technique and a natural sense of warm emotion and drama, and both heard here in only their second recording.

Composed in 1945 while she was still a student at the Royal Academy of Music, the String Quartet no.1 is a work of striking contrasts, the restless key signatures, variegated rhythms and stretched dynamics of the first movement complemented by its chiaroscuro-like companion conveying, by turns, moods of gentle tranquillity, passion and austerity. From 1950, Carwithens Second String Quartet is also an exercise in contrast, although more vividly realised and acutely articulated.

The Tippett Quartets earlier recording for SOMM of Alwyns String Quartets nos. 10-13 (SOMMCD0165) was praised by Gramophone for its really excellent playing and hailed as a disc that constitutes essential listening.