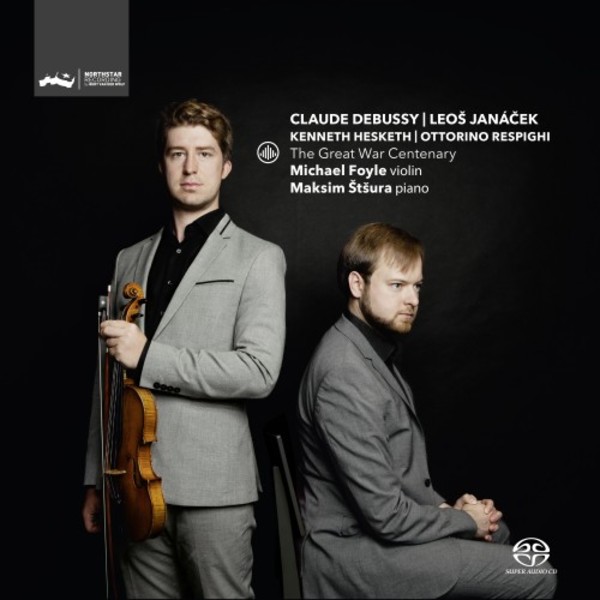 The Foyle-tura Duo play three sonatas, composed during WWI, to commemorate the centennial of its end. The two late masterpieces from Debussy and Janáček, paired with the sonata from the young Respighi, show the very different ways in which the composers reflected on and protested against the War.

Music expresses that which cannot be put into words and yet cannot remain silent, wrote Victor Hugo in 1864. Half a century later, his words had never felt more pertinent. Every composer writing during World War I found a unique way, through their music, to describe and protest against the horrors that were tearing civilization apart.

Created in the depth of morbidity, Debussys parting musical gift is a subtle, dignified and heroic celebration of youth and joie de vivre. A sense of patriotism in the war years links Debussy with the foremost Moravian composer of the day, Leo Janáček. Ottorino Respighi was only in his thirties when the war broke out. His 1917 Sonata for violin and piano is a work of Romance written in the time of hate, a reminder that the past and the future remain beacons of hope in desperate times. Commissioned for this recital programme to reflect on the centenary of The Great War from our own times, Kenneth Heskeths Inscrizione, derivata, subtitled A lie to the Dying, is a quasi-meditation on the dying man, his anxious thoughts and the spasms of his failing heart being weaved conspicuously into a narrative of disquieting melancholy.