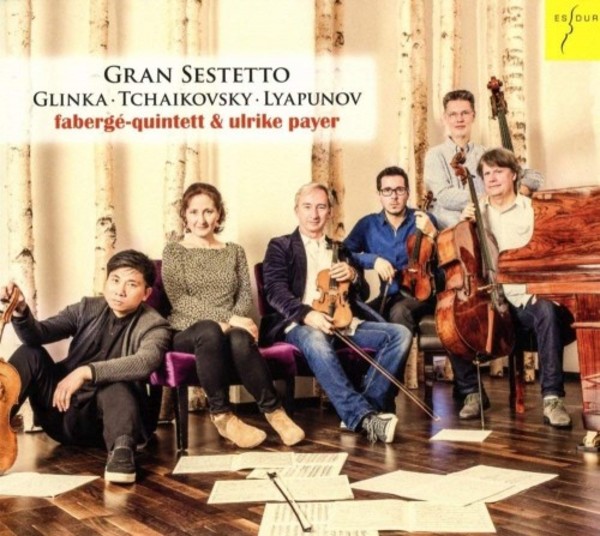 Allegro in C minor for piano and strings

Allegro in C minor for piano and strings

All three of the featured composers were proficient pianists. The piano not only rises above the sound palette of the string group but also takes on musical leadership in many passages and dominates in terms of virtuosity. Glinkas Gran sestetto emerges most clearly as a piano concerto with a small string section that sacrifices nothing of the delightful chamber music dialogues.

Mikhail Glinka wrote his Gran sestetto originale in 1832 in Italy where he had already been residing for two years. But soon after completing the sextet, he returned to Russia via Vienna and Berlin. He revealed the reason for this
in his memoirs written in 1854, home sickness gradually brought me to the conclusion that I wanted to compose as a Russian. His opera A Life for the Tsar came out in December 1836, followed six years later by Ruslan and Ludmilla. Both works were the first independently Russian operas and Glinka bore the title Father of Russian music ever since.

Five Russian composers called upon him in 1862: Nikolai Rimsky-Korsakov, César Cui, Modest Mussorgsky, Alexander Borodin and Mili Balakirev. They intended to write genuinely Russian music in the spirit of Glinka who had passed away in 1857; composing using the techniques of western European composers was frowned upon. Sergei Lyapunov, the youngest of this CDs triumvirate  a short-term student of Tchaikovsky at the Moscow Conservatory  represented, to some extent, the second generation of The Five. Pyotr Tchaikovsky, by contrast, was continually subjected to criticism by some of his landsmen because he clearly drew upon composers such as Beethoven, Mendelssohn and Schumann, which can easily be discerned in his short sextet movement in C minor. However, Russian colour did characterise Tchaikovksys music, which can be regarded as a successful synthesis of western Classical and Slavic styles.