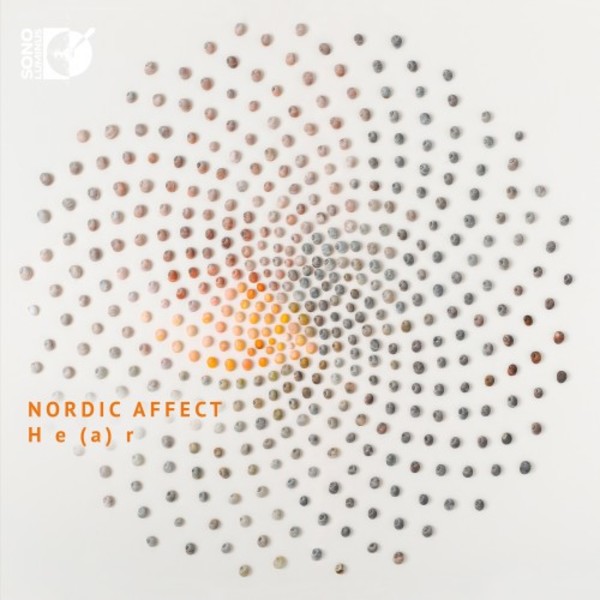 Warm life at the foot of the iceberg

Warm life at the foot of the iceberg

Icelandic award winning ensemble Nordic Affect has been hailed as multi-disciplinary force of nature (A Closer Listen), as gem in Icelands music life (Fréttablaðið) and for ineffable synergy between the performers (San Francisco Classical Voice). Nordic Affect releases now its third album on the Sono Luminus label. Titled H e (a) r the album features seven world premiere recordings, including a soundscape which lends its title to the album by the groups artistic director; composer and violinist Halla Steinunn Stefánsdóttir. The work H e (a) r connects to ecology, acoustics and embodiment; drawing on encounters and what happens in the connection.

Many of the instrumental works are a continuation of Nordic Affects longstanding collaboration with some of the exciting talent to emerge out of Iceland in recent years, many of which were featured on the 2015 release, Clockworking. The title track was chosen for NPR's Songs We Love series and featured in various best-of-the-year lists, including Steve Smiths for Night After Night, The Chicago Reader, and The New Yorker.

H e (a) r includes Spirals and Loom by María Huld Markan Sigfúsdóttir. In addition to composing her own music, Ms. Markan Sigfúsdóttir has toured the world with indie band amiina and recorded and collaborated with a range of other bands and artists. Her compositions have been performed in Iceland, Australia, Europe and the US.

A continuation of the solo work 2 Circles, found on the Clockworking album, is Point of Departure by composer, cello player, and singer Hildur Guðnadóttir. Hildur has been manifesting herself at the forefront of experimental pop and contemporary music (e.g. with the band múm). Her output has encompassed four solo albums, and numerous works for theatre, dance performances and films.

A new collaboration is presented through Warm life at the foot of the iceberg by the Estonian Mirjam Tally. Sound is central to the MirjamTallys creations. Her music is a flow of playful contrasts where a sense of humour and poetic use of sound are blended to mix. Her music has been performed in over 20 countries and earned her various accolades, including the 2018 Swedish Manifest prize.

Slow tempos, patiently repetitive formal patterns and an expansive sense of physical space that can be either intoxicating or torpid (at least at first)  but out of those placid landscapes emerge wonderful epiphanies.  Joshua Kosman, sfgate

Raindamage is an album best appreciated on headphones, when youve got the time to really let it seep into your brain.  Phil Freeman, Burning Ambulance