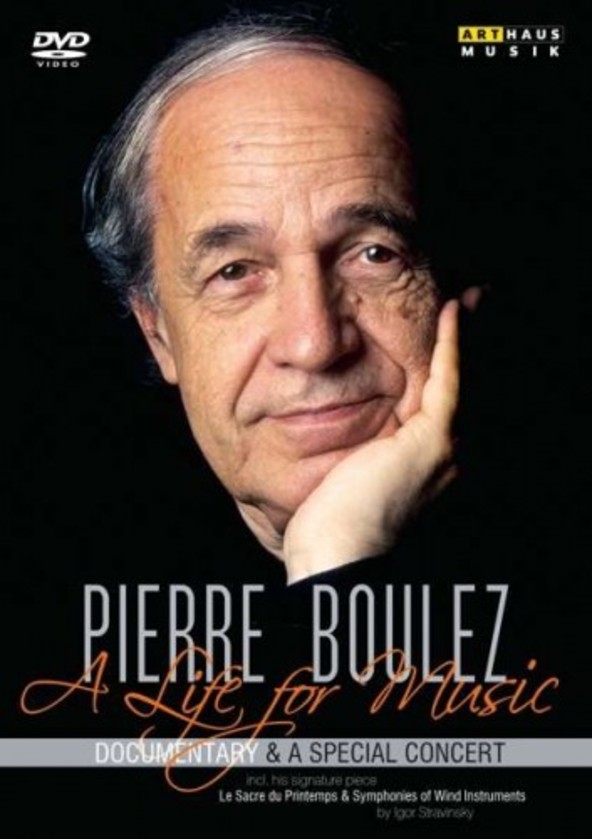 Pierre Boulez: A Life for Music
A documentary by Reiner E. Moritz

Pierre Boulez was one of the most radical composers of our time. He has produced a catalogue of wondrously luminous and scintillating works. Within them a rigorous compositional skill is coupled to an imagination of extraordinary aural refinement, so the British composer George Benjamin spoke of Boulez. Director Reiner Moritz, who worked closely with Boulez time and again through the years and almost had a friendly relationship with composer, tries to get as close to the real Boulez as one can possibly get in this documentary. He evolves an intimate portrait about the worldwide renowned and influential avant-gardist by means of the younger brother Roger, who told a lot about Pierres childhood and youth and provided us with photographs from the Boulez-Chevalier archives as well as interviews with other contemporaries like the famous pianist and close friend Daniel Barenboim and the Hungarian composer Peter Eötvös. Excerpts of his own music and exemplary performances of Bruckner, Mahler, Mozart and Stravinsky complete the 98-minute documentary about Pierre Boulez, who died at the age of 90 in 2016.

The rhythmic complexities of the Sacre du printemps are notorious but, in the hands of a master of modern music and one of the worlds top orchestras, the London Symphony Orchestra, the elemental barbarism of the music is thrilling. Boulezs definitive reading of Stravinskys masterpiece was recorded live from the Alte Oper Frankfurt, in a performance specially staged for the cameras. The programme includes a short interview with the conductor about this landmark work as well as a performance of Stravinskys Symphonies of Wind Instruments, another most interesting work of the composer.