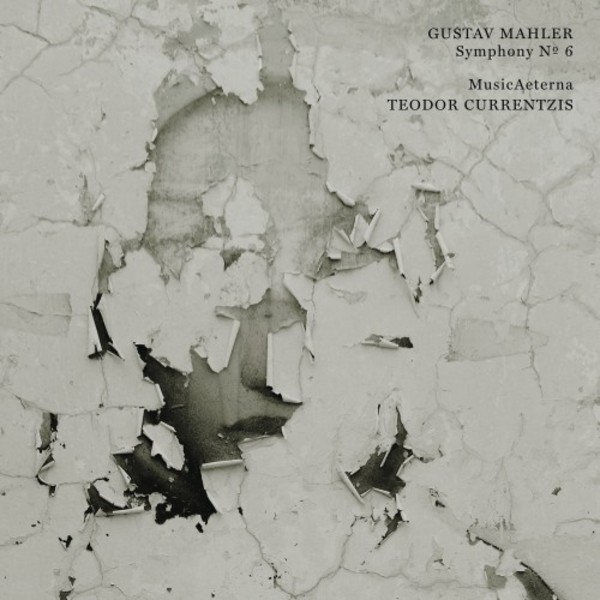 Symphony no.6 in A minor

Symphony no.6 in A minor

Without dispute, Teodor Currentzis is todays hottest and most sought-after conductor  alongside his orchestra and choir MusicAeterna  Move over, Simon Rattle: Teodor Currentzis is the maestro everyones talking about, The Greek-Russian conductor who has taken the classical music world by storm (The Times). This is Currentziss first ever recording of Mahler. Mahlers symphonies feature heavily in their tour programme  but this is the first time Currentzis has gone into the studio with this composer. His last recording of major symphony repertoire (Tchaikovsky Symphony no.6) won Japanese Recording Academys highest accolade Gold Award, received 5-star reviews from The Times, NRC Handelsblad, a Diapason dor award and was named in many top albums for 2017 including 'Best Classical Recording' in Spiegel Online and appeared on the New York Times 'Best Classical Music Recordings' for 2017.

Despite its formidable dimensions and large forces, the Sixth has long been recognised as the most classical of Mahlers symphonies. With no sung texts, and cast in the traditional four movements (the first of which even includes an exposition repeat), it is as notable for its straightforward formal organisation, motivic clarity and concision as it is for its outward monumentality. The success with which Mahler deploys his musical arguments is reflected in an impressive number of fine recordings, from Barbirolli, Kubelík and Bernstein to Karajan, Tennstedt and Boulez, often starkly contrasting in character yet all offering windows onto the works multi-faceted qualities.

Ever since Mahlers own visits to Russia in 1897, 1902 and 1907, there has developed a strong if sporadic Russian Mahler tradition which has served the Sixth particularly well, with Kondrashin, Svetlanov and Gergiev its most prominent advocates. Now Teodor Currentzis joins that number with his own period-instrument MusicAeterna orchestra based in Perm, Russia. Its a startling addition to the discography from a conductor best known among collectors for his dazzling accounts of the Mozart-Da Ponte operas, but not entirely unexpected for those in the know. This team has already set down acclaimed accounts of Stravinskys Sacre du printemps and (more relevantly) Tchaikovskys Pathétique Symphony, while Currentzis has been conducting Mahlers symphonies with a variety of orchestras for some of years. Small wonder, then, that they now give us one of the most insightful and revealing Mahler Sixths of recent years: incisive, radiant and rich in detail.

In a fascinating booklet interview, Currentzis argues persuasively for regarding the Sixth as a tragic work in the classical rather than the Romantic sense, its evocations of natural beauty and its shattering hammer blows reaching beyond the merely personal to the universal, and finally attaining a dark catharsis. That view is supported by a performance in which textures of an almost classical transparency combine with a visceral expressive commitment and power. Theres no didactic shunning of vibrato, none of the wayward Russian brass or helter-skelter tempi of yesteryear. Instead a vision of utmost clarity is married to playing of surprising power and warmth.

The first movement opens with a biting sense of purpose in which every detail seems to tell, brisk but not hurried, while the gentle textures of the transitional theme highlight the poetry of MusicAeternas woodwind section. And then the great Alma second subject opens out in full bloom on radiant (antiphonally divided) violins, Currentzis broadening the tempo so that every grace note registers. With the exposition repeat observed, and a grippingly intense development section, this is a performance of elemental force that spills over into the demonic Scherzo  placed second as per the first publication. Currentziss care in matters of balance is matched by his command of tempo inflections, some of them unmarked, which are minutely nuanced and sometimes surprising, but never feel grafted on or unnatural. Perhaps the Scherzos trio section could be just a fraction more playful, but in the context of the overall classically tragic reading of the score that is a very small quibble.

As in the first movements Alma theme, in the Andante moderato third movement Currentzis achieves that fine balance between radiance and momentum that too often eludes some big Mahlerian names. This is undoubtedly the heart of the performance, strings gently caressed (and with excellent command of portamento), woodwind characterful yet delicately poised, horns finely burnished. Is there perhaps a hint of orthodox church peals to those distant cowbells? The trumpet-encrusted fortissimo climaxes have about them the inevitability of huge ocean waves infused with human sorrows: even the famously scornful Klemperer might have been won over by this performance.

The transition from slow movement to the Finales portentous slow introduction has rarely sounded so natural or inevitable. Once again, the level of detail is astonishing: more the result, you feel, of detailed rehearsal and deep rapport than of control-room knob-twiddling, which is more than can be said of many a rival version. Theres also a sense that Currentzis knows exactly where the music needs to go, so sure is his pacing: one moment keeping his players on a tight leash, the next easing off the reins just enough to allow the music room to breathe. No semiquaver seems to have gone unnoticed, yet theres never the sense of the music being over-thought or over-manicured, and the bigger picture is always in view, whatever the changing shapes in the foreground. At the devastating climaxes, the hammer blows occur not as musical special effects but as an integral part of what has to unfold in the inevitable course of events. And yes, finally the feeling is as much cathartic as it is overwhelming. There are some very minor sonic blips (for a few fleeting seconds over the course of an 85-minute work, the stereo separation seems to go awry), but this could well come to be regarded as one of the great Mahler Sixths on disc, at once immersive, clearly thought through, and brilliantly played throughout. For Mahlerians of all persuasions, it should be required listening.

... if you can imagine a Mahler 6 in which the urgency and raw edge of Roger Norrington rubs up against the red-blooded glitz of Leonard Bernstein, this is it.

Currentzis shapes the music in forensic detail, luxuriating in an orchestra full of wind soloists who never seem to need to breathe. From those crisp opening thuds onwards, this doesnt seem like a performance that is conceived on any kind of long-form scale, and yet the catharsis at the end, as defeat is snatched from the jaws of victory, is certainly there.  Erica Jeal
The Guardian 8 November 2018