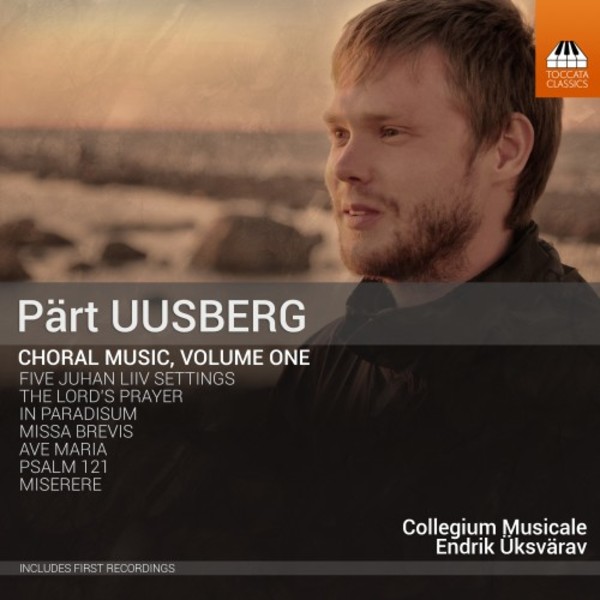 This album introduces both a new voice and a new choir to western audiences. The Estonian Pärt Uusberg (b. 1986) is well known at home as a film actor as well as a composer. In 2017 Collegium Musicale carried the coveted Silver Rose Bowl of the EBU competition Let the Peoples Sing home to Tallinn. Uusbergs works use many of the devices that have made recent Baltic choral music so popular in the wider world: melodies that unfold calmly over long bass lines, sustained by suspensions and piqued by mild dissonance. This music reflects an awareness of the immensity of nature in music that is both exquisitely beautiful and infinitely touching.

This release is part of the Toccata Classics project to celebrate Estonian music in the centenary year of Estonian independence. Endrik Üksvärav (b. 1980) graduated from the Estonian Academy Music of Theatre as a conductor (BA) in 2004. Additionally, he studied trumpet and French horn. In 2011 he was awarded an MA in conducting. The Estonian chamber choir Collegium Musicale was founded by Endrik Üksvärav in October 2010, with a repertoire extending from Renaissance to contemporary music. A special place in that repertoire belongs to Estonian composers, among them Arvo Pärt, Veljo Tormis, Erkki-Sven Tüür, Tõnu Kõrvits, Mirjam Tally, Helena Tulve and Pärt Uusberg. The aim is to act as ambassadors for Estonian music at the same time as delivering an intense emotional experience. The Estonian Choral Association has three times announced Collegium Musicale as Choir of the Year, in 2017, 2011 and 2014. In 2017 the choir won the Silver Rose Bowl, the Grand Prix of the EBU competition Let the Peoples Sing.

A Black Birch in Winter: American and Estonian Choral Music