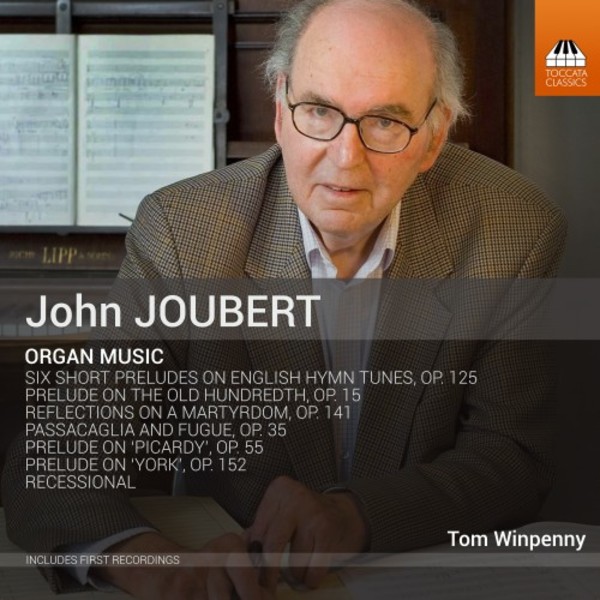 John Joubert celebrates his 90th birthday on 20 March 2017. He was born in Cape Town in 1927 and settled in Britain after arriving as a student in 1946 and has become a stalwart of British musical life. His organ music, recorded here as part of the 90th-birthday celebrations, ranges from the miniature to the monumental. It often reflects Bachs influence, and always demonstrates the balance of craftsmanship and honesty of expression that has assured Jouberts place in the affection of his audiences.

The booklet notes here are contributed by the composer himself and the organist, Tom Winpenny. The recording was made on the mighty organ of St Albans Cathedral.

Tom Winpenny is Assistant Master of the Music at St Albans Cathedral. Previously, he was Sub-Organist at St Pauls Cathedral, and during this time he performed for many major state occasions. He won First Prize and Audience Prize at the 2008 Miami International Organ Competition. Earlier in his career he held the post of Organ Scholar at Worcester Cathedral and then at St Georges Chapel, Windsor Castle, before spending three years as Organ Scholar at Kings College, Cambridge, where he graduated with a degree in music. With the Choir of Kings College, he gave concerts in the USA, Hong Kong and throughout Europe. His previous recordings include an album of works by Malcolm Williamson (Toccata Classics TOCC0246).