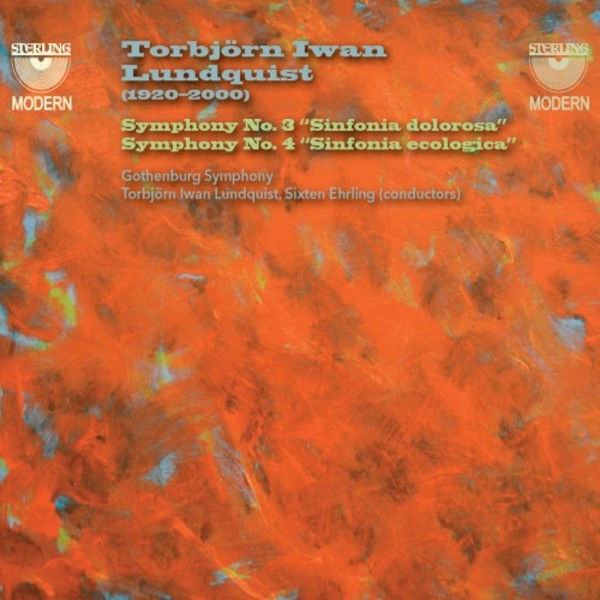 In his symphonic works Torbjörn Iwan Lundquist (1920-2000) is using a special technique, in which large form is made from large musical blocks. The Third Symphony is written in one movement, but you can distinguish three blocks and a concluding part, 'the reminiscence' − in which the accumulated power reverts to the original nothingness in the end The Third Symphony was begun in 1971 in Jämtland and was completed in 1975 at Saltö in Bohuslän. As in most of Lundquists symphonies, this symphony begins with a primal cell, his association theme, a gust of wind, which unfolds into a grandiose sunrise. Nature means a lot for Lundquist. The idea for the Symphony no.3  which also had the title Sinfonia dolorosa and is dedicated to the composers deceased wife Maud  he got during a mountain hike, shortly after his wifes death. The symphony was first performed in September 1976 in Malmö, by Malmö Symphony Orchestra conducted by Janos Fürst.

Lundquist was working on the Fourth Symphony for several years, mainly in 1984-85. Also this is in a single long, mighty, movement. It is almost twice as long as the third symphony, and it is also written for large orchestra with extensive percussion. After the premiere in Gothenburg in October 1985, with the Gothenburg Symphony under the direction of Sixten Ehrling, who also got the dedication, the composer withdrew the score and revised it slightly a year later. Performance, yes  because the composition does not feel completely finished until I heard it says Lundquist.

This recording was originally documented by Swedish Radio for broadcast: due to the unique value of the documentation the radio production is now released on CD.

Brendler - Ryno, or The Knight Errant