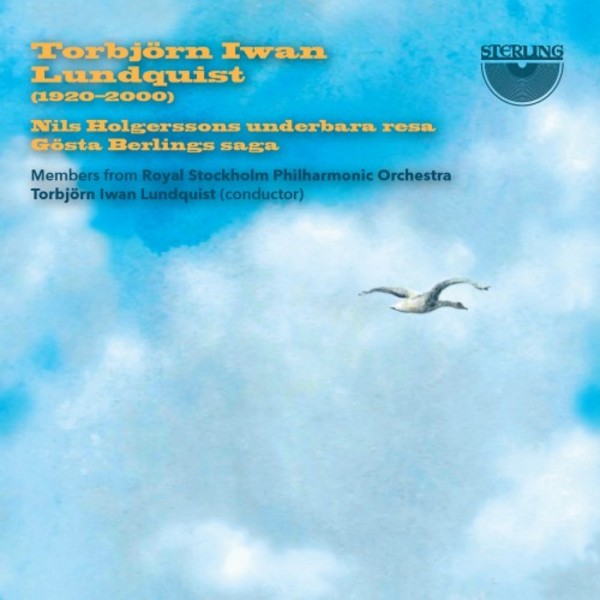 When Torbjörn Iwan Lundquist (1920-2000) was asked in 1962  to compose the music score for the screen adaptation of Selma Lagerlöfs Nils Holgerssons underbara resa genom Sverige (Adventures of Nils Holgersson), he was already a well-known composer of film music. Since 1954 he had written the scores for 16 films, and three other movies with his music which was premièred the same year as Nils Holgersson.

In 1962, Lundquist was engaged to compose the music for the grandiose and lavish Adventure of Nils Holgersson, an adaptation of Selma Lagerlöfs novel, directed by Kenne Fant. A film in colour with stunning aerial photographs of Sweden and with music by Torbjörn Lundquist. It was actually the first time a complete soundtrack in a Swedish film was released on LP.

In the 1960s, Lundquist also started writing music for radio plays and dramatized serial stories. In 1966, he was commissioned by the Swedish Radio to write music for a drama serial directed by Per Edström. Again, a novel by Nobel Prize winner Selma Lagerlöf. One of her most dramatized, Gösta Berlings saga, the depiction of the majors wife and the cavaliers at Ekeby Manor in Värmland, adapted for radio by Olle Mattsson. The music for the play became so praised that it was released on LP. The suite consists of eight movements.

After the suite there are three dance movements where Lundquist puts together a number of pastiches on upper-class music from the beginning of the 19th century. They are followed by the caressing Meditation, the lyrical Legend and the swaying Berceuse. It all ends with Kavaljerernas polska (The Cavaliers Polska).
Recorded 1962 & 1966