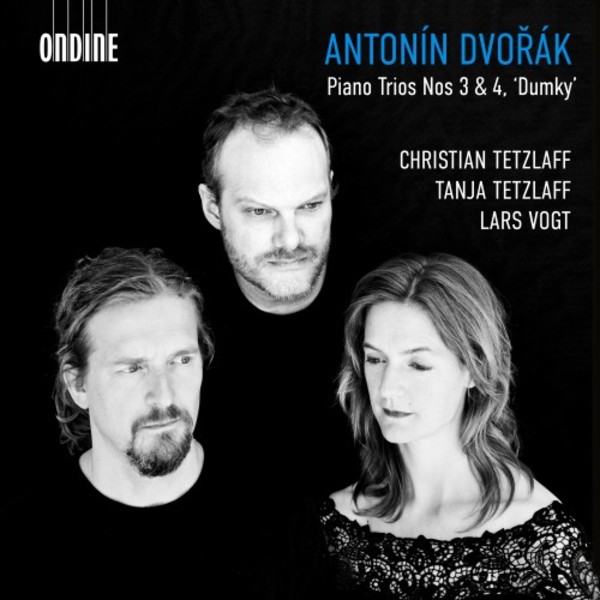 The two piano trios by Dvořák featured in this album have remarkable similarities as well as differences. Piano Trio no.3, nearly symphonic in its character, hints to the world of Johannes Brahms, while the Piano Trio no.4 (Dumky) includes folkloric elements. The third piano trio might not only be considered as an homage to Brahms; it was written by the composer in 1883 shortly after the death of his mother which might well explain the sorrowful musical expression in the slow movement of the work. The Dumky trio has a very unusual structure in its six movements. This intense and intimate work was written just prior to the composers departure to New York in 1891 and serves as a great climax for Dvořáks series of piano trios.

Christian Tetzlaff has been one of the most sought-after violinists and exciting musicians on the classical music scene for many years. He has an unusually extensive repertoire and gives approximately 100 concerts every year. Christian Tetzlaff served as Artist in Residence with the Berlin Philharmonic and appears regularly as a guest with such ensembles as the Vienna and New York Philharmonic Orchestras and the Concertgebouw Orchestra.

Lars Vogt was appointed the first ever Pianist in Residence by the Berlin Philharmonic in 2003/04 and enjoys a high profile as a soloist and chamber musician. His debut solo recording on Ondine with Bachs Goldberg Variations (ODE12732) was released in August 2015 and has been a major critical success. The albums tracks have also been streamed online over 6 million times. Lars Vogt started his tenure as Music Director of the Royal Northern Sinfonia in September 2015. Lars Vogt was nominated for Gramophones Artist of the Year award in 2017. His most recent recording on Ondine, Beethovens Piano Concertos nos. 2 & 4 (ODE13112), received Gramophones Editors Choice in May 2018.