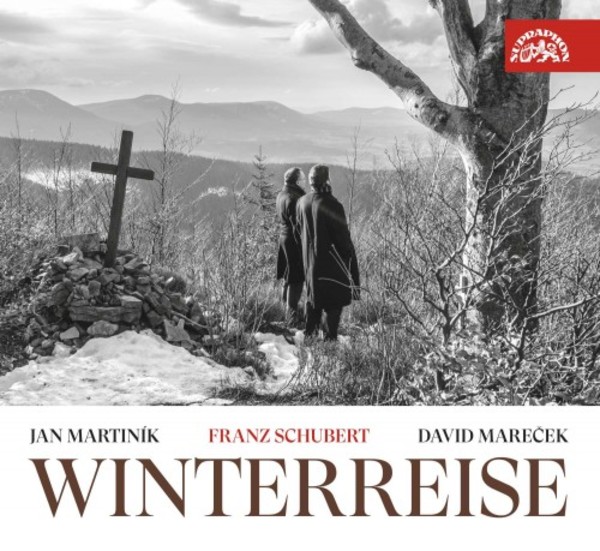 Schubert's music is as naive as the poet's expressions; the emotions contained in the poems are as deeply reflected in his own feelings, and these are so brought out in sound that no-one can sing or hear them without being touched to the heart. Thus read a Viennese critics review of Winterreise, a true masterpiece published in the final year of the composers life. Enthralled by the verse of Wilhelm Müller (17941827), Schubert slightly changed the order of the poems so as to make a story  of a wanderer, a homeless man, unrequited in love and disappointed by the whole word. A tale that has always prompted questions as to what degree it reflects the personal experiences of the two artists, the poet and the musician, coevals whose lives ended too soon. The motif of a vagrant, an outcast loner, was characteristic of 19th-century Romanticism, yet it seems to resonate with the feeling of solitude of those living today.
Possessing a robust, colourful voice, the bass Jan Martiník inheres an immense sensitivity for expressing the intimacy of Schuberts songs. He has proved his calibre by having attained success at international competitions (a finalist of Plácido Domingos Operalia in 2007, the winner of the BBC Cardiff Singer of the World competition in the Song category in 2009), as well as by having performed to great acclaim on major opera stages (a soloist of the Staatsoper Unter den Linden in Berlin, and other prestigious engagements). Following his Supraphon debut (Martinů  The Epic of Gilgamesh / Czech Philharmonic, conducted by Manfred Honeck), Martiník has recorded Winterreise, splendidly accompanied on the piano by David Mareček. The virtue of their joint music journey lies in modest simplicity and profound intimacy.
Recorded in the Dvořák Hall of the Rudolfinum, Prague, 2429 March 2017