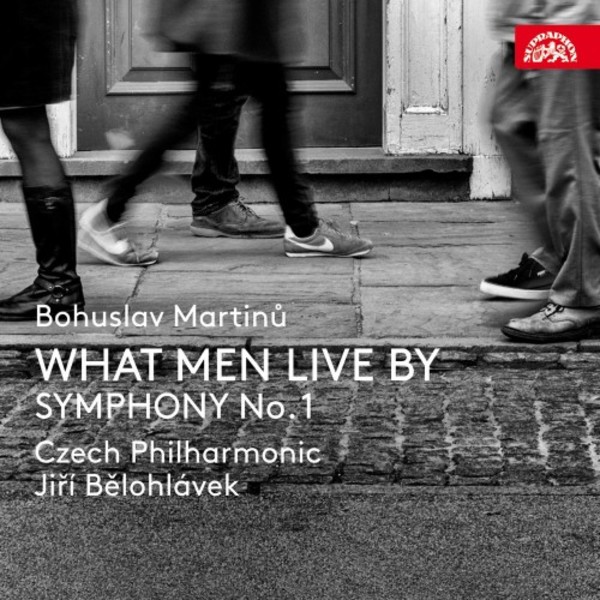 Martinu - What Men Live By, Symphony no.1

Jiří Bělohlávek (1946-2017) was an important worldwide ambassador of Bohuslav Martinůs music. For the Supraphon label alone he recorded nearly forty of Martinůs symphonic compositions, concertos, and stage works, and many of these were world premiere recordings. Despite large-scale plans, this recording also represents both the highpoint and the conclusion of Bělohláveks noteworthy discography of Martinůs works. The premiere recording of the opera-pastoral What Men Live By was made from three concert performances in December 2014 (the production earned a nomination for the International Opera Award). Martinů composed it to his own libretto in America at the turn of 1951-52, and he had a clear idea concerning its performance: It must not be played 'pathetically', but joyfully. ... The text strongly tempts one to come up with a very serious, 'deep' conception, but that is not what I had in mind. To me, it is a rather joyful work, and what the listener must feel is not some sort of religious moral (lesson), but instead joy. The moral is in fact in the joy.

This recording of the Symphony no.1 was made in January 2016, and it joins the earlier releases of Symphonies nos. 3-6 (SU36312, SU40072). It was part of a planned but unfortunately unfinished complete set of Martinůs late orchestral works. Bělohláveks tenure with the Czech Philharmonic during the last five years of his life was a very happy time for both parties, and it led to the development of new qualities in the orchestras sound. This recording shall endure as living proof of what was a very special constellation of humanity and artistry.