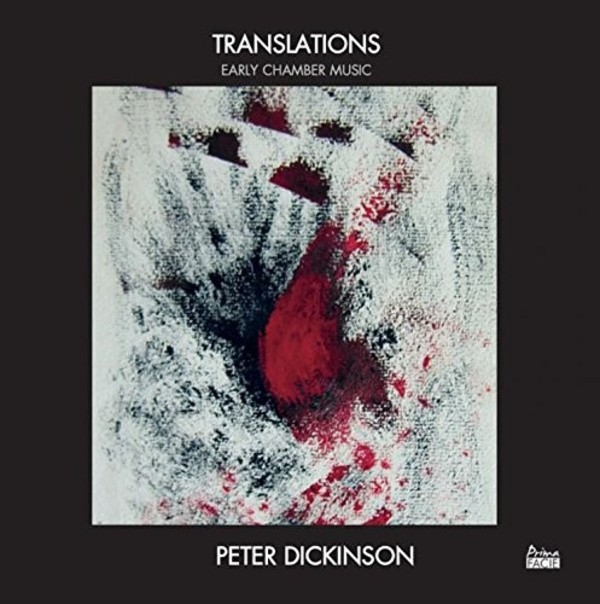 » II Lullaby (version for piano)
Threnody for cello and pino
Translations for recorder, gamba and harpsichord
Waltz for Elliott Schwartz for piano

» II Lullaby (version for piano)
Threnody for cello and pino
Translations for recorder, gamba and harpsichord
Waltz for Elliott Schwartz for piano

This disc spans much of Dickinsons career, from his days as a university undergraduate (Sonatina for recorder and piano (1956) and Threnody for cello and piano (also 1956), the latter first recorded by Penelope Lynex and Alexander Wells) to recent works such as the Waltz for Elliott Schwartz for piano (2016), celebrating Schwartzs 80th birthday, and Fredas Blues for piano (2016), a tribute to Lady Berkeley (1923-2016), based on Berkeleys song How Love Came In.

It also includes works written some time ago but only recently performed, such as the Fantasy for clarinet and piano (1956), first performed in 2000. The inspiration for the works on this CD is characteristically diverse. For example, Lullaby for clarinet and piano (1967/82) is derived from Dickinsons sketches for an opera called The Unicorns, based on a story by John Heath-Stubbs (1918-2006), about two competing countries who wanted to secure unicorns for research. Four Duos for cello and flute (1962), the second movement of which was written in a room with a chiming clock, uses a twelve-note row from Charles Ivess Three Page Sonata (1908). The idea for the Sonatina for solo bassoon (1966) emerged whilst the Dickinsons were staying in Paris in a house in which a bassoonist was practising on the top floor. Translations for recorder, gamba and harpsichord (1971) was written for David Munrow, Oliver Brooks and Christopher Hogwood, and includes a range of extended techniques, as Munrow believed that early music instruments should be available to todays composers.

A composer who has escaped the confines of the predictable without ever ceasing to communicate  Arnold Whittall, Gramophone

As composer, performer and writer, Peter Dickinson has made a significant contribution to British musical life  Philip Borg-Wheeler, Classical Music