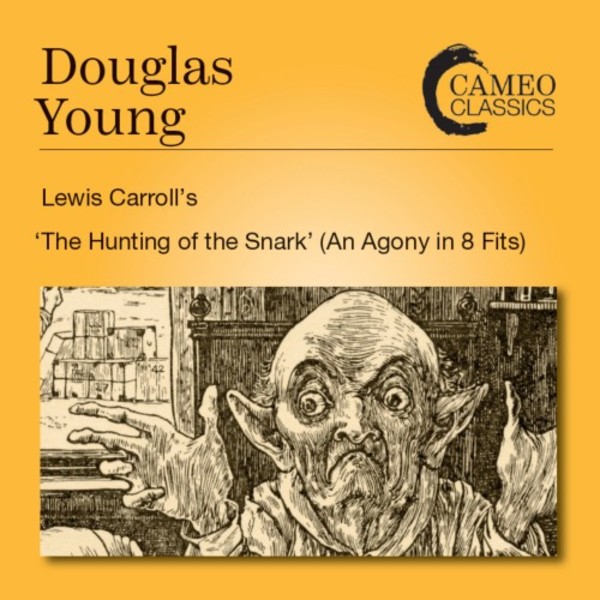 Douglas Young - The Hunting of the Snark

The Hunting of the Snark (Lewis Carroll): An agony in 8 fits

The Hunting of the Snark (Lewis Carroll): An agony in 8 fits

The Hunting of the Snark tells the tale of several characters who go on a sea journey, searching for a mythical creature called "The Snark", whatever it may be, for the Snark is different things to each of the characters. The Baker's uncle once told him, "If your Snark be a Boojum! ... You will softly and suddenly vanish away, And never be met with again!". Through this journey relationships develop, tensions rise and the Baker's worst nightmare comes true.

The Hunting of the Snark shares its fictional setting with Lewis Carroll's earlier poem "Jabberwocky" published in his children's novel Through the Looking-Glass (1871). Eight nonsense words from "Jabberwocky" appear in The Hunting of the Snark: bandersnatch, beamish, frumious, galumphing, jubjub, mimsiest (which previously appeared as mimsy in "Jabberwocky"), outgrabe and uffish. In a letter to the mother of his young friend Gertrude Chataway, Carroll described the domain of the Snark as "an island frequented by the Jubjub and the Bandersnatchno doubt the very island where the Jabberwock was slain."

Douglas Young  born in London in 1947, won the competition scholarship to the Royal College of Music, London and the Karl Rankl Prize for orchestral composition. In 1974 he founded the ensemble Dreamtiger exploring the conflict between East and West, the influence of the postwar avant garde and non-European culture and popular music (f rom Irish folk music to rap). His scores for the Royal ballet led to a commission from the Bayerische Staatsoper in Munich for a full-length ballet, Lugwig, hailed by the German press as a perfect exemplar of postmodernism. In the 90s Young widened his scope to encompass jazz, popular dance music, film scores and even advertising jingles - transformed into a personal musical universe that has the same sense of fun and daring as Calvinos Cosmicomics.