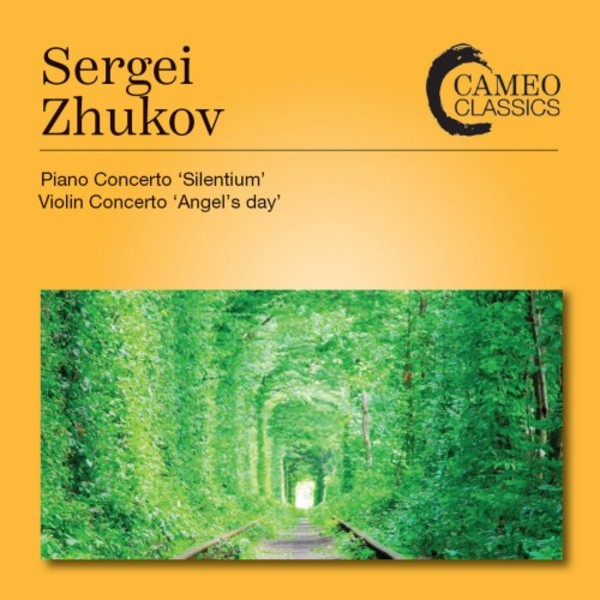 The Ukrainian composer, Sergei Zhukov (b. 1951) began his musical training at the Zhitomir Music College, graduating from the Department of Composition in 1973. He then moved to Moscow and studied at the Moscow State Conservatory, graduating in 1978. He continued his studies, completing a postgraduate degree in composition in 1980, studying with Professor Mikhail Chulaki. While still a student, he received a special prize from the Soviet Union of Composers for his work Dramatic Triptych (1978). Zhukov is an eclectic composer, having produced a large catalogue of chamber, choral, orchestral and theatrical works. He has placed particular emphasis on the genre of the concerto.

Zhukov composed three concertos for piano, violin and cello, which he dedicated to each of the Khazak Nakipbekova sisters (The Bekova Trio). This series of concertos earned him the Music Review award of Composer of the Year in 2002.

Piano Concerto Silentium: Zhukov had in his mind not only Eleonora Bekovas skills as a soloist but also her psychological profile. Eleonora is able to be in deep meditation at the same time as she is performing at the piano. She can simultaneously express sound and silence. The theme of the concerto is that special relationship between sound and silence.

The Violin Concerto Angels Day was designed to fit the character of violinist, Elvira Bekova , using her remarkable capacity to perform exactly according to the composer's intention. It also reflects the theatrical style of the composer. The concerto, in many ways eccentric, even carnival-like, also has pure moments of lyricism. This reflects Zhukov's portrait of both the angel and the performer.