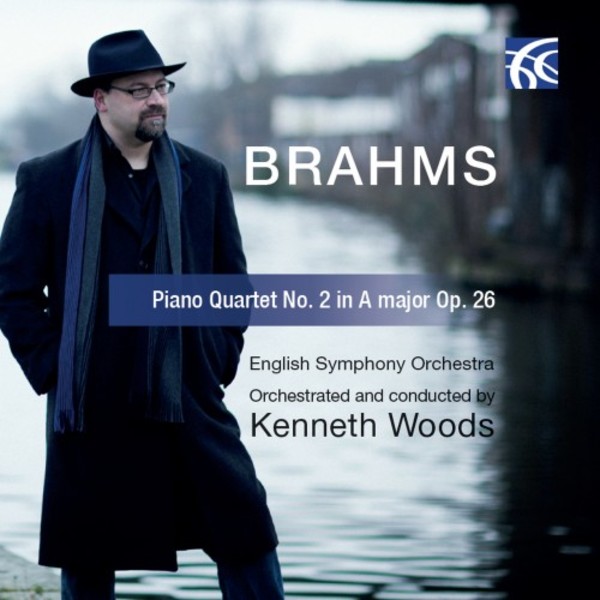 Throughout his career, Brahms very often composed sharply contrasting pairs of works. A contrast can be seen between Brahmss stormy and dramatic Piano Quartet no.1 in G minor, composed in 1861 and premiered by members of the Hellmesberger Quartet with the composer at the piano, and the more lyrical Piano Quartet in A major, completed in the same year and premiered by the same musicians. Both works are written on a vast scale, and the A major was to be the longest chamber work Brahms would ever write.

The idea for this orchestration of the Brahms Piano Quartet in A major came to me spontaneously in a flash of inspiration while I was coaching chamber music at the Ischia Chamber Music Festival in 2008. I vividly remember the bright blue sea and cloudless sky over Mount Epomeo that morning as I listened to a group play though the first movement of the piece in its original form. As I began to work with them, I found myself speaking to the pianist, as I often do, in orchestral terms. Can you try playing the opening phrase more like. a quartet of hunting horns? I asked. His playing sounded more convincing with that in mind, but that sound concept had also planted itself firmly in my inner ear. After the coaching I had a bit of free time, and found myself listening to an imaginary orchestral version of the entire first movement emerging from that horn quartet. I was fascinated by the ways in which I thought an orchestral realisation could bring to the fore some the nature imagery and vernacular music that is present in the original. By the end of that morning, Id decided to try to undertake a realization of the orchestration. It took several years from that morning on Ishcia to complete this orchestration. After my initial work on it in 2008, the piece was set to one side while I attended to other projects with firmer deadlines. The final version was premiered on 21 November, 2017 with the English Symphony Orchestra in Cheltenham Town Hall.

The scores of Brahms Four Symphonies are like a sacred text for me. They are among the most studied, most loved, most performed works in my library. In trying to understand his use of the orchestra well enough to translate this Piano Quartet into a symphonic sound world, Ive found my admiration for Brahms achievement continuing to grow.
 Kenneth Woods
Hailed by Gramophone as a symphonic conductor of stature, conductor, cellist, composer and author Kenneth Woods works with many of the worlds leading orchestras. In 2013, he took up a new position as Artistic Director of the English Symphony Orchestra. A widely read writer and frequent broadcaster, Woods blog, A View from the Podium, is one of the 25 most popular classical blogs in the world.

Sawyers - Symphony no.3, Songs of Loss and Regret, Fanfare