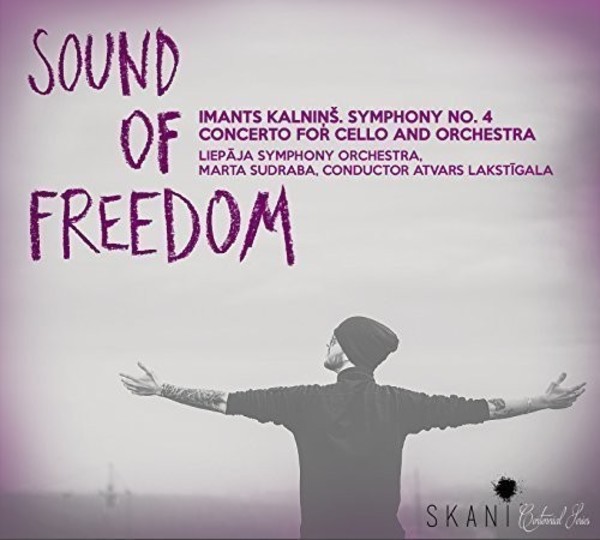 In 1971 Imants Kalnins composed the first ever rock-opera in the USSR, Ei, jus tur! (Hey, You There!) , with libretto by Viktors Kalnins (based on a play by William Saroyan). The Fourth Symphony, written in 1973, is considered by many to be the first rock symphony composed in the Eastern block.

In the first movement of the Fourth Symphony, Kalnins quotes his own early rock ballad Seven Sorrowful Stars (words by Maris Caklais) retaining its sense of resigned predetermination and unrelenting fate. Midway through the ballad is a lengthy improvisational instrumental section. That which was once played by four musicians in the group 2XBBM is now amplified for a large symphony orchestra, with additional rhythm instruments - bass guitar and drum set. By using almost endless ostinato riffs, the bolero-type dynamic achieves an impressive contrapuntal orchestral tutti. The final movement is a unique vocal cycle, comprised of a series of eleven short love poems by American poet Kelly Cherry. The songs follow one after another without interruption. They are like memory fragments, reflections that surface into the conscious (and the senses) as if nearly asleep or in an externally imposed, slow-motion state of awareness, like greetings from far, far-away... Performing a symphony that uses text by a foreign author, and in the original language at that, was impermissible to Soviet cultural functionaries and therefore an alternative instrumental version was created.

In 1881 the first philharmonic orchestra in the Baltic countries was founded in Liepaja. Presently it is known under the name of Liepaja Symphony Orchestra and has become a key promoter of Latvian composers music and initiator of creativity not only in Kurzeme region but also in Latvia. Since 2010 Liepaja Symphony Orchestra has been granted the status of a national orchestra.

Dubra - Symphony no.2, Mystery of His Birth