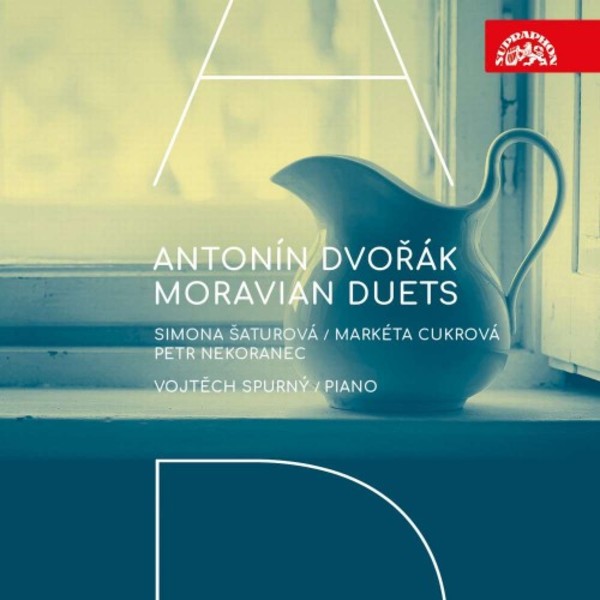 Isnt it possible to turn some local material into duets, for example Moravian songs? This question was posed by Jan Neff, himself from Moravia, who grew tired of repeating German songs over and over again at the piano with his wife and Antonín Dvořák. His question in fact stood at the birth of Moravian Duets and also marked the beginning of Dvořáks journey abroad. Why not, find good lyrics and I will take care of the rest. When the composer got the first selection of folk songs from Suils collection, he decided to take only the lyrics and provide them with his own tunes. As soon as the duets got into the hands of Johannes Brahms (who was a member of a committee that assessed Dvořáks application for a state scholarship), the well-established composer did not hesitate to recommend them to his Berlin publisher Fritz Simrock. When you play them, you will enjoy them just as I did, and as a publisher you will especially be pleased by their unique beauty. It was Simrock who initiated the composition of a four-hand version of the Slavonic Dances that led to Dvořáks first major international success. The present recording is unique in another aspect as well: the complete set of 23 Moravian Duets have been played and recorded on Dvořáks original grand piano, a 1879 Bösendorfer that is a pride of the Antonín Dvořák Museum in Prague. The challenge was taken hold of by young musicians who are not only crowned by international laurels but also possess a sensitivity both for the charm of Dvořáks songs and the unique timbres of the instrument touched by the composers own hands. The only one and unique  a complete recording of Moravian Duets on Dvořáks piano .
Recorded on Antonín Dvořáks piano (Bösendorfer, Wien 1879) at the Antonín Dvořák Museum, Prague, 38 June, 2017

Saturova and Cukrova  with the help of Nekoranec in three of the Op 20 set  bring native linguistic flair and Slavonic sound to these delightful miniatures, revealing Dvoraks bounteous melodic gift in his early thirties. Delectable.  Hugh Canning
The Sunday Times 6 May 2018