A soprano stands at the front of the stage; she seems to be singing her heart out, but utters no sound. Her mouth is wide open, but there is a deafening silence. It is as if she were in a nightmare: her voice has gone and she is totally unable to sing. All that remains is a vocal mime performance, with its background being the ghostly buzz that rises from the ensemble that whispers as one behind her: A Voz surda e remota tornada / A Voz Absoluta, A Voz Sem Bocca  The distant and muted voice that has become / the absolute voice, the mouthless voice.

The voice of the night murmurs gently during the first minutes of Jan van de Puttes Uma só divina linha (One divine line) (2007). This voice reveals itself in in mysterious sighs, murmurs and rustlings; noises that dwell on the border between sound and silence. Van de Putte makes frequent use of this shadowy realm in his Pessoa cycle. In the slow pulsations of the opening bars of the second movement, entitled Addiamento (Postponement) (2010), he balances on the edge of the audible for what seems a provocatively long period. Não estou pensado em nada (I stand here thinking of nothing), a song from the third movement Bamboleamos no mundo (We stagger through the world) (2013), is an extended study in receding movement and in sound that withdraws into itself like a snail disappearing into its shell. With Insónia, Van de Putte has recently completed the missing fourth movement of this monumental cycle for soloists, choir and orchestra. It is now clear that it is the final link of this abstract narrative in four parts. According to the composer, the cycle as a whole describes a psychological journey inwards. Van de Puttes gradual exploration of the soul can now be heard complete on this CD.

After the ensemble for Uma só divina linha linha has explored a dark landscape of sul ponticello scratchings, scraped drumheads, resonating harp pedal notes and woodwind played without reeds for ten minutes, the music suddenly embarks upon a new path. The soprano finds her voice and lets her voice flare out on a high G like a ray of moonlight over the instrumental forces. Silvery sparks of sound glisten from the harp and the cimbalon. Shining clouds of string harmonics and high woodwind accompany her ode to the night: Vem Noite antiquissima e idéntica (Come, o night, ancient and still the same). 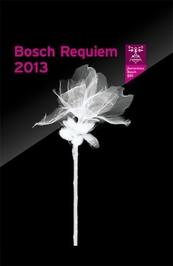