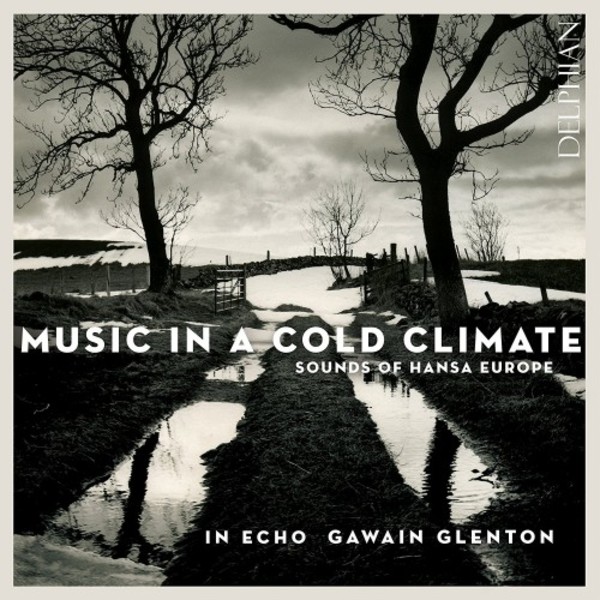 Music in a Cold Climate: Sounds of Hansa Europe

The Image of Melancholy

The Image of Melancholy

A new signing for Delphian, In Echo is made up of some of Europes finest young early music specialists. Each a soloist in their own right, under director Gawain Glenton they have put together a fascinating snapshot of the musical landscape during the heyday of the Hanseatic League. The seafaring nations of northern Europe have always been connected: London to Tallinn via Lübeck, Hamburg, Bremen and the ports of Holland, Denmark and Sweden. The sixteenth- and seventeenth-century composer/musicians on this recording each looked beyond their own shores and toward a sense of shared European culture and understanding. Andrew Keelings new work Northern Soul was commissioned specially to complement this programme.
Formed in 2016, In Echo has already given recitals at Dartington International Summer School and at York Early Music Christmas Festival. In 2018 they will perform in Regensburg, as well as making several appearances in the UK. Their director, specialist cornetto player Gawain Glenton, performs with many leading international groups and directors, including Il Giardino Armonico, Concerto Italiano, I Fagiolini and The Taverner Consort.