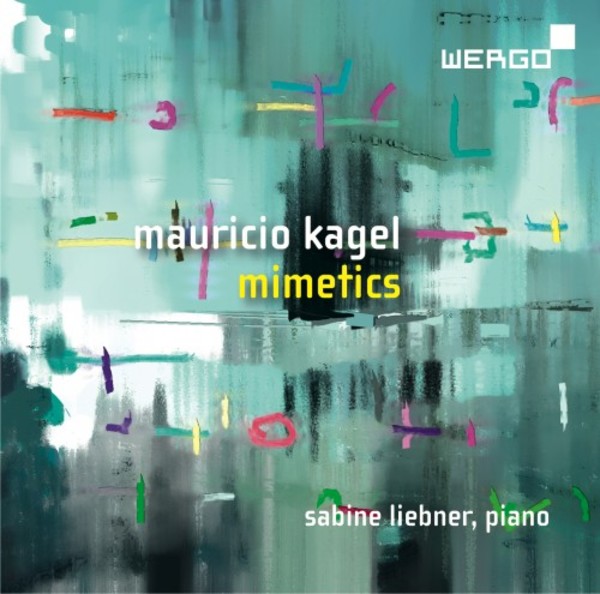 In 1961, Mauricio Kagel wrote a piano piece with two titles. As a solo work, it is called Metapiece. It can also, however, be played together  either simultaneously or in alternation  with other pieces by Kagel or other living composers, and is then called Mimetics. In this way, Kagel opens at the conceptual level various possibilities for the interpreter to realize his composition.
The pianist Sabine Liebner has accepted Kagels invitation to collaborate and undertaken her own musical journey through the composers piano music.
Sabine Liebners response to his invitation to play with the idea of open form is unique in that she combines Metapiece exclusively with other piano pieces, all of them composed by Kagel himself. Metapiece, in its Mimetics form, surrounds these other works or is laid over them.
Framed by Mimetics, the Cuatro piezas para piano and MM 51 are played in their original forms, and the piano etude An Tasten is subverted by a version of Mimetics. At the end of Liebners response to Kagels original invitation, Metapiece itself appears in a 20-minute solo version.