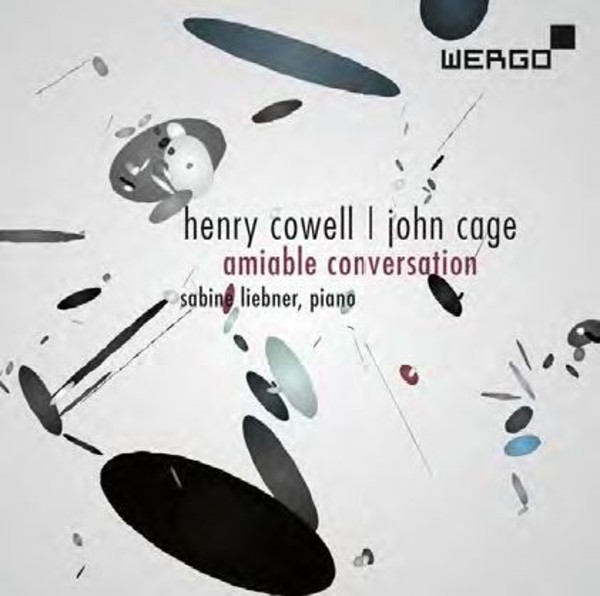 The piano works by Henry Cowell and John Cage on this CD cover the period from 1912 to 1948 and document not only the emergence of experimental American music, but also depict a very fruitful teacher-student relationship. Before John Cage began his brief and informal studies with Arnold Schoenberg, he studied composition with Cowell.

If one compares Cowells piano pieces with those John Cage composed up to the end of the 1940s, their common features are as clear as the differences. For one thing, there is a shared interest in extending the sound possibilities of the piano through preparations of the strings and the use of Irish subject matter, as in Cages The Perilous Night, whose title can be traced back to an Irish folktale.

On the other hand, it is unmistakable that Cage follows a concept of abstraction that emphasises the objective character of the sound, while Cowell, with his powerful cluster towers and the gentle 'string piano' pieces, creates a surreal but, in the end, almost romantic sound world.

A title like Aeolian Harp unavoidably recalls the famous John Keats poem Ode on a Grecian Urn from 1820 (Heard melodies are sweet, but those unheard / Are sweeter ...). With Cage, on the other hand, the preparation serves to disturb and distort the listeners awareness. The keys pressed down and the sound that emerges no longer form a unity. What sounds real is ultimately the acoustical fingerprint of the respective preparation object and of the sound produced when the keyboard hammer strikes the blocked strings. And while Cowell wrote his piano music specifically for that instrument, Cage was inspired in his prepared piano pieces by the sounds of percussion instruments, which he transferred to the piano.