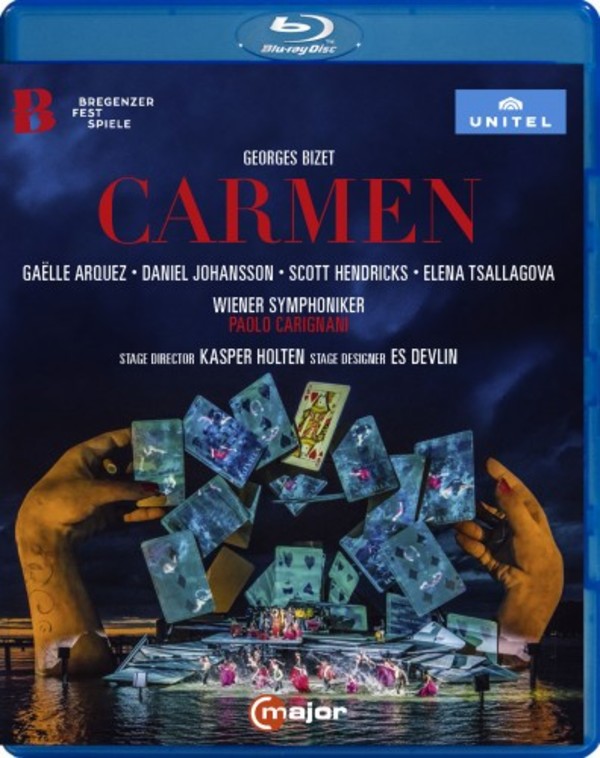 Georges Bizets captivating music with its Spanish sounds took the world by storm: Carmens Habanera and Seguidilla, like Escamillos Toreadors Song, are known to one and all. The French composers most successful opera is staged on the worlds largest, spectacular floating stage of Lake Constance in Bregenz, with a set designed by British artist Es Devlin. She has designed sets for pop stars like Adele, U2, Take That, the Pet Shop Boys and Kanye West. In collaboration with the stage director Kasper Holten, Director of Opera at the Royal Opera House in London, she has also worked at opera houses in Helsinki and Copenhagen, at the Theater an der Wien and the Royal Opera House Covent Garden. For the Danish stage director, this opera about destiny and obsession centres on two people who are treated as outsiders, whose paths cross and who cling to each other in a passionate but unhealthy relationship.

In terms of sound and, above all, visual finesse, the Carmen in Bregenz is opulent  and brilliant opera show. - Wiener Zeitung

The lake-stage in Bregenz is a venue for theatrical spectaculars, and Kasper Holtens production of Carmen on Es Devlins extraordinary set was a knockout. The Telegraph