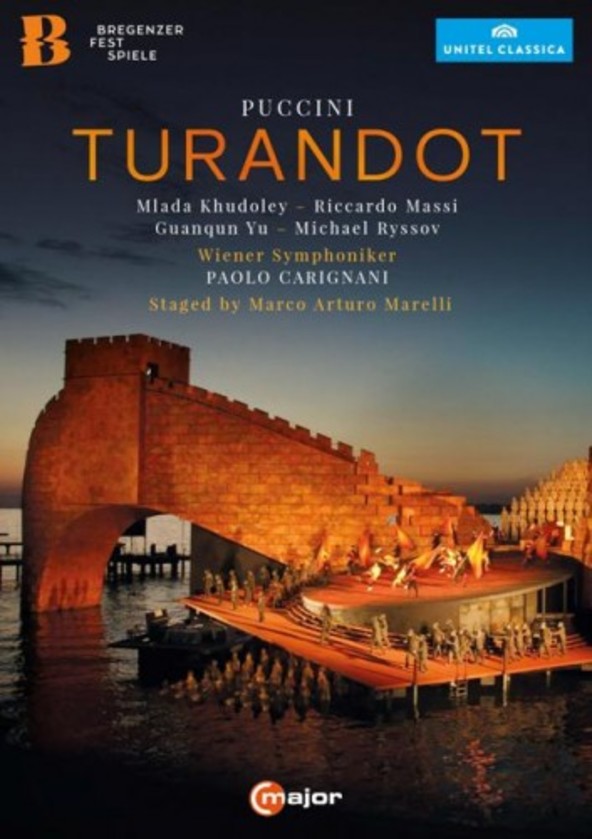 Mention Giacomo Puccinis name and opera-lovers all over the world will think of grand opera and passionate love stories.

One of the worlds most famous arias comes from the composers final opera, Turandot: 'Nessun dorma'  none shall sleep, because by morning the Chinese princess is determined to have discovered the name of the unknown prince. The work is remarkable for its Chinese local colour, its opulent crowd scenes, its powerful choruses and its characters overwhelmed by their emotions.

Enthusiastically acclaimed by its audiences, the present production combines spectacular and touching scenes on the Bregenz Festivals vast lakeside stage.

Marelli's Bregenz production of Turandot allows us to appreciate much of the background and many of the ambivalences of Puccini´s opera in an unobtrusive but highly detailed and timly way. - TAZ