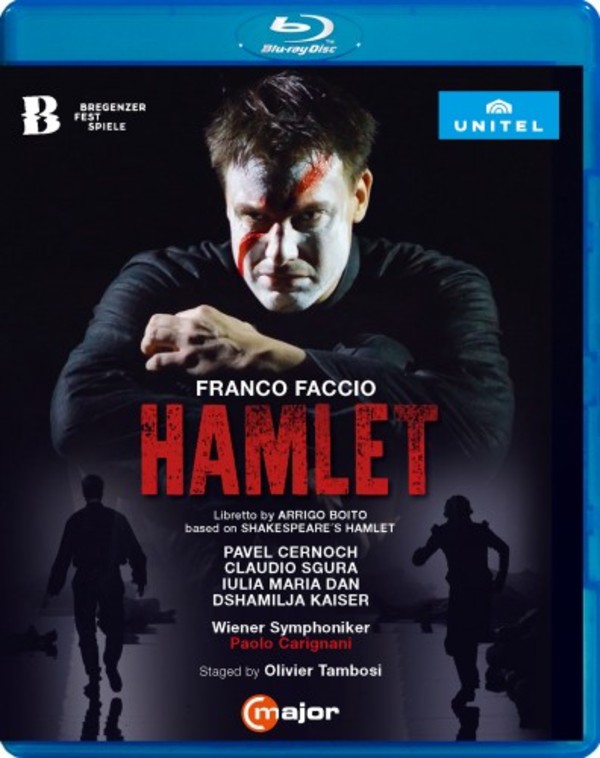 This production offers all an Italian-opera-lover could possibly desire wrote the FAZ after the revival of this forgotten gem at the Bregenz Festival. The festival continued its rediscovery series with Amleto/Hamlet, an opera by Verdi contemporaries Franco Faccio and Arrigo Boito, based on Shakespeares tragedy Hamlet.

Premiered in 1865 in Genoa and restaged in 1871 at Milanos La Scala, Hamlet was only revived in 2014 concertante in the US before its triumphal rebirth (Deutschlandradio Kultur) at the Bregenz Festival, where the opera was also recorded for the first time ever. Faccio, who conducted the first performance of Verdis Aida in Italy and the world premiere of Otello, and Boito, Verdis librettist of Otello and Falstaff, skillfully and effectively challenge the conventions of Italian opera, which they wanted to revitalize by infusing it with the spirit of Shakespeares drama. Anticipating the musical language of later Italian verismo composers, the opera combines lovely musical interludes with superb vocal writing.

Heading a supreme cast, Pavel Černoch as Amleto delivers superbly, using his colorful tenor skillfully to develop the transformation of the insecure youngling to the ice-cold avenger (NZZ) and granting the work large scale (Abendzeitung). Under the baton of Paolo Carignani with the Wiener Symphoniker and Prague Philharmonic Choir it carried terrific punch (The Telegraph). Olivier Tambosis excellent staging served it well, with a clear focus on the high points (The Telegraph).

There is a lot of exciting music to discover in this opera What an amazing richness in ideas! This opera is worth to be rediscovered. - Süddeutsche Zeitung

Faccios opera is the one that should be performed, and if plans are not already afoot to bring it to the land of Shakespeare, they certainly should be. - The Telegraph

Some passages could have spilled from the pen of Verdi himself, especially Ophelias funeral march, which is wholly memorable. Tambosis production in the Bregenz Festspielhaus is simple but effective. Černochs tortured Hamlet  dressed in plain black, emphasising his detachment from court life  acts and sings terrifically, including his great soliloquy Essere o non essere! (To be or not to be), while the Romanian soprano Iulia Maria Dan is an affecting Ophelia, wandering through waist-high greenery, plucking leaves in her mad scene to a swooning violin melody. ... In short, Amleto is a very fine work indeed  superior to Thomass Hamlet  and this Bregenz production constitutes a major operatic rediscovery.  Mark Pullinger
Gramophone October 2017