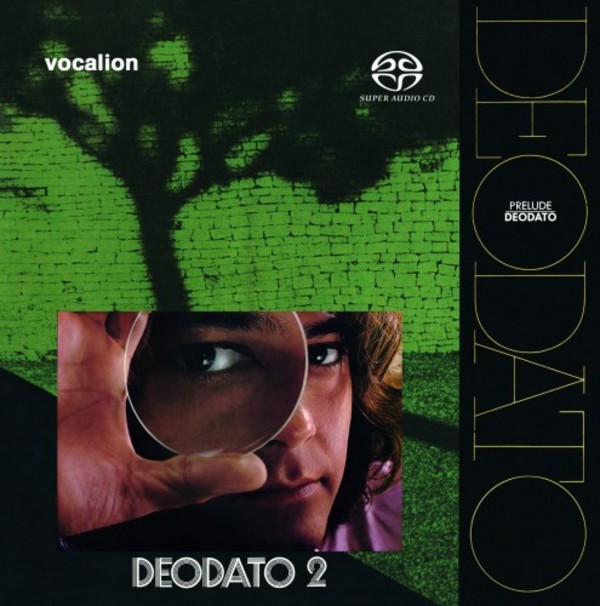 From CTI, the imprint of legendary jazz producer Creed Taylor, comes the albums Prelude and Deodato 2, both of which showcase the talents of Brazilian keyboardist-composer-arranger Eumir Deodato. A native of Rio de Janeiro, he began his career in the early 60s working for Luiz Bonfá, Marcos Valle and Antonio Carlos Jobim before moving to the US in 1967 where he quickly made a name for himself  he would soon start arranging for luminaries such as Frank Sinatra and Milton Nascimento.

His work on Nascimentos 1969 album Courage brought him into contact with Creed Taylor, and when Taylor set up CTI in 1971, he wasted no time in engaging Deodatos arranging skills. Deodatos early CTI work included his beautiful orchestrations for Astrud Gilberto and Stanley Turrentines 1971 album Gilberto with Turrentine, and by 1972 Deodato himself had earned a solo contract with the label. He struck gold with his first effort, the aptly titled Prelude, thanks to Creed Taylors penchant for getting his artists to record jazz/crossover versions of well-known classical pieces. In Deodatos case, it was the Sunrise fanfare from Richard Strausss Also sprach Zarathustra, which had become popular through its use in Stanley Kubricks sci-fi epic 2001: A Space Odyssey. Deodatos funked up, Fender Rhodes-laden reimagining of it brought both him and CTI chart success  it would become an international hit  and while it casts a long shadow over the remainder of the album, Prelude nevertheless contains several other gems. Notable among them is the Latin-flavoured jazz of Carly & Carole (Deodatos tribute to singer-songwriters Carly Simon and Carole King) and the low-slung funk of September 13, powered by Billy Cobhams muscular drumming.

The sequel, Deodato 2, recorded during April and May 1973, adhered to the same formula: funky originals alongside his interpretations of various classical pieces. And although it failed to emulate the success of its predecessor, Deodato 2 is arguably the better album, containing one of Deodatos finest compositions in the dramatic Skyscrapers  sounding for all the world like a theme in search of a film  and superb jazz-rock adaptations of The Moody Blues Nights in White Satin and George Gershwins immortal Rhapsody in Blue. Both Prelude and Deodato 2 feature stellar lineups, including CTI regulars Ron Carter and Stanley Clarke (basses), Billy Cobham (drums), Hubert Laws (flute) and Airto Moreira (percussion). As well as the original stereo mixes, Vocalions reissue includes the quadraphonic mixes of both albums (their first ever appearance in digital format), which were made by Rudy Van Gelder at his historic studio in Englewood Cliffs, New Jersey. Heard in four-channel sound, both Prelude and Deodato 2 are given new and exciting life, and rounding out this reissue is a detailed essay giving the full lowdown on Deodato and the music itself.