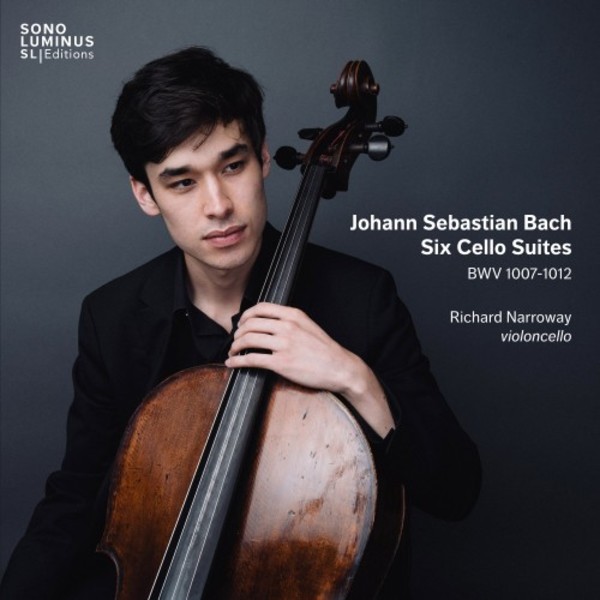 There are a few iconic works in the core repertory with a special quality that makes them instantly recognizable, even after hearing just a few notes. The first G major Cello Suite is one of them. I like to think of the opening measures as a kind of entrance into the sound world of the cello; the open strings lift our spirits, resonating with the quintessential voice and depth of sonority we all know and love. It is so simple in its design, but so far-reaching in its vision, almost as if Bach is on a quest to discover the true potential of this instrument that has for too long been left in the background. As such, a feeling of birth and youthful discovery permeates the mood of this opening suitea blissful disregard of any trials to come. And yet at the same time one gets the sensation that this is just the beginning of a larger journey.

Recognized for his stylistic versatility and wide-ranging musical interests, Australian cellist Richard Narroway has proven himself to be equally at home with repertoire both new and old. He has appeared as a soloist with the Grand Rapids Symphony and the HanZhou Philharmonic Orchestra, and in recital on Chicagos WFMT Dame Myra Hess Series and the Keys to the City Piano Festival at Chicagos Symphony Center. In addition he has given performances in Australia, China, Germany, Canada and the United States, in prestigious venues such as the Kennedy Center, Chicago Symphony Center, Preston Bradley Hall and the Sydney Opera House.

"These are very expressive and finely moulded performances of some of Bachs best-loved works. Richard Narroway draws on recent trends in historical awareness, though without dogma, and on the rich performing traditions of the modern cello, though without ever compromising the nobility and emotional integrity of this music. Extrovert and communicative, Narroways is a personal voice in these often-performed works.  David Ledbetter (leading Bach scholar and musicologist)

Stanislav Pronin: Violin for One