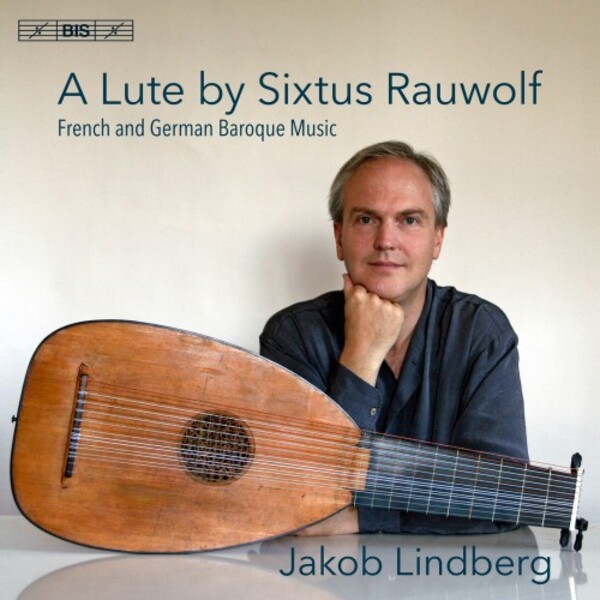 A Lute by Sixtus Rauwolf: French and German Baroque Music

Suite in A major

Suite in A major

The lute by Sixtus Rauwolf heard on this recording was probably built in the last decade of the sixteenth century. Some hundred years later, in 1715, it was converted to suit the musical tastes and demands of the baroque period. For this disc, Jakob Lindberg has chosen works that could have formed part of the repertory of the presumably German owner of the instrument at around the time of its final conversion.

For German lutenists from about the middle of the seventeenth century, it was France that provided the aesthetic and musical model, and towards the end of the century, when the lute rather suddenly and inexplicably dropped out of fashion in Paris certain French luthistes travelled abroad and met with great success in German-speaking lands. With them, they took their music and special traditions of lute-playing, evidence of which can be seen in the music of several of the German composers included here.

The disc closes with a suite of pieces by Silvius Leopold Weiss, the most famous lutenist of the baroque era. Weiss, Lindberg and the Rauwolf lute first crossed paths in 2006 on a highly acclaimed all-Weiss disc (BIS1524): Too good to be true was the verdict in International Record Review while the reviewer in Goldberg Magazine wrote: As an evocation of the lute's magical qualities, this deserves to achieve cult status.

Lindbergs Sixtus Rauwolf lute was built in Augsburg around 1590 as a seven- or eight-course instrument. In 1715 it was altered and became the 11-course instrument it is today. As Tim Crawford writes in his superb booklet note, Lindberg has chosen works that could plausibly have formed part of the repertory of an owner of the instrument at around the time of its final conversion. ... He is stately and expressive in Reusners Padoana while seizing upon the extravagant trills and strums evoked by the Dufault and the elegant deportment of the Mouton. Lindberg similarly relishes the toccata-like textures, bittersweet harmonies and melodic attractiveness of Kellner, Mr Pachelbel and Weiss, though it is in the latters Sarabande and Ciacona that Lindbergs mastery of this repertoire is at its most convincing  and moving.  William Yeoman
Gramophone January 2018