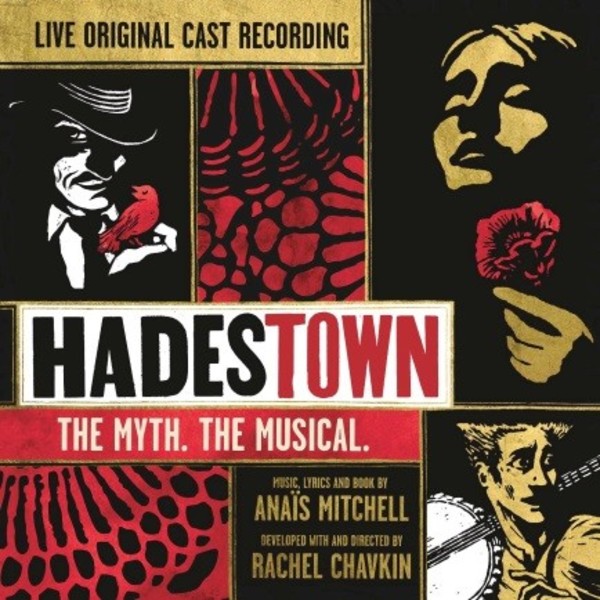 Hadestown is a musical like no other. Defying genre, it mixes folk, jazz, blues, and Americana into a sweeping ancient tale, re-imagined.

A time of scarcity and fear, a love that knows no bounds, an authoritarian leader who promises security and freedom, an artist who challenges the status quo  this is the premise of Hadestown. In Anaïs Mitchells imaginative rendering, brought to vibrant life by director Rachel Chavkin and an extraordinary company of actors and musicians, we witness love that never dies. Above ground is an idealistic poet who believes he can change the world with a song, and a skeptical young woman who sees the world for what it is. Down below is the ageless yet frayed love between the King and Queen of the underworld.

When confronted with the alternatives of freedom or security, what choices would we make? Mitchell states what youre hearing is more than a score, its people moving, dancing, breathing, the improvisations of the band, and the audience responding in real time. The Orpheus and Eurydice myth retold in Hadestown may be an ancient story, but it is undeniably as relevant today as it has ever been.

This latest adaptation, a collaboration between Mitchell and the Obie-winning director Rachel Chavkin, is a boisterous, hauntingly resonant folk opera that finds wry humor and traces of hope in Orpheuss tragedy.  Hadestown is thought-provoking, emotionally stirring (the girl behind me was weeping by the end), and, above all, majorly enjoyable. I wouldnt be surprised to see it on Broadway soon.  Vogue

Ms. Mitchells lovely music and well-turned lyrics are tightly bound together, and recall traditional folk music with a distinctive Southern flavor (although she hails from Vermont).  this song [Why We Build the Wall] made me sit up in my chair, and wrap my jacket around me a little tightly to shake off the goose bumps.  NYTimes

The album has fervent devotees, as does the show. (Lin-Manuel Miranda, on his third night of post-Hamilton freedom, tweeted a rave: THRILLING . . . UNREAL. GOOOOOO.)   The shows swinging score, performed onstage with instruments that include cello, double bass, drums, guitar, trombone, and train whistle, mixes Americana and art rock.  The New Yorker

The most emotionally striking moments are the rare quiet ones: Hades deliberating over whether to let Eurydice go and darkly contemplating strategies of Machiavellian power (Damned if you do, damned if you dont / The whole damn nations watching you). Or the crux of the drama, when Orpheus crumples with doubt and turns to check whether Eurydice is still behind him. Its a powerful decision to play out that gesture in sudden silence.

The band came onstage and waved. The Fates walked among the crowd, raising lanterns above their heads, harmonizing about hurricanes and shantytowns. Hades (Patrick Page), in sunglasses, looked and sounded like a crime boss; Persephone did a jazzy dance of dread. When Orpheus and Eurydice (Nabiyah Be) first locked eyes, coming together center stage at an old-time microphone, they brought to mind Tony and Maria, mid-Dance at the Gym. Mitchell smacked her knee in rhythm, Sondheim rocked back and forth, and the superfans sang along.  The New Yorker

Mitchell wrote her song a decade ago, but its resonance right now is inescapably loud.  The Guardian

Consider this spellbinding work a flowering of the workshop creative process.  Mitchells music is a feast of styles from rocky blues to folk opera, played by a terrific seven-piece band with a smokin drummer.  Visually, this austere setting is a winner for designers Rachel Hauck (set) and Bradley King (lighting), while Robert Kaplowitz (sound) conjures up the eerie resonance of a world without hope.  Variety

the sublimely menacing Patrick Page and the gorgeous-voiced Amber Gray  The music is the thing in this show adapted from Mitchell's critically acclaimed concept album  Entirely sung-through, the evening consists of nearly three dozen songs featuring a wide variety of musical genres, the most infectiously enjoyable of them being New Orleans-style jazz. Energetically sung by the powerful-voiced ensemble, the music is terrific  endlessly inventive and eclectic, as melodic as it is funky and folksy.  The Hollywood Reporter

theres something hazy and dreamlike about Hadestown.  Thats the key to the whole thing: an enormous amount of creative and technical care has been devoted to the goal of making Hadestown appear unassuming and down-to-earth, as if it were something you might find after wandering into the right bar on a good night.  Everyone in the cast is compelling.  For me, the greatest truth about Hadestown is its illustration of the evanescence of music  Huffington Post

Has Hell ever sounded so thrilling?  The eight cast members who perform the 35 songs are uniformly terrific; its hard to imagine anybody better.

Hadestown is not a traditional musical. Think of it as a concert with benefits, but dont resist the temptation to go.  New York Theater

The musicals creative storytelling and staging comes across with the same lightning bolt of freshness and excitement that surrounded the early days of Hamiltonthough this is at the New York Theater Workshop, and Hamilton was at the Public Theater. its unexpected, smart, and uses new musical beats to make old stories feel brand new.  The Daily Beast