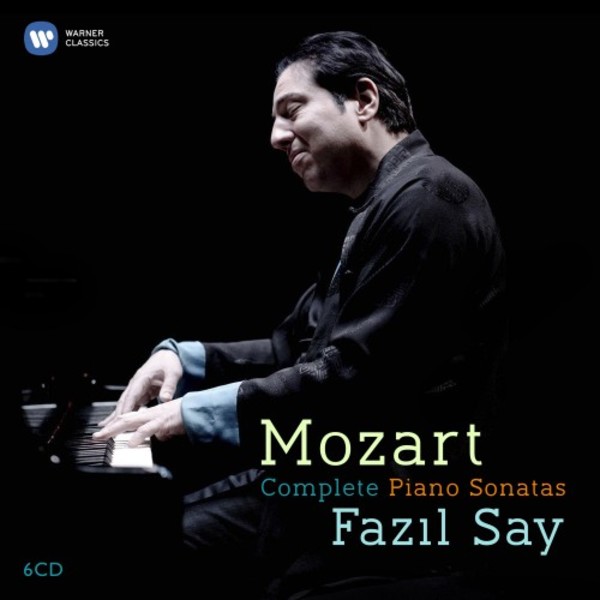 With his extraordinary pianistic talents, Turkish pianist Fazıl Say has been touching audiences and critics alike for more than twenty-five years, in a way that has become rare in the increasingly materialistic and elaborately organised classical music world. He is a pianist, composer and director with firm reputation in Europe, Asia and the US.  After spending five years under David Levine at the Robert Schumann Institute in Düsseldorf and further studies at the Berlin Conservatory he came to international attention 1994 when he was the winner of the Young Concert Artists International Auditions.  Since then he has become a regular guest artist with orchestras such as the New York Philharmonic, the Israel Philharmonic, the Baltimore Symphony, the St Petersburg Philharmonic , the Concertgebouw Orchestra Amsterdam, the Vienna Symphony Orchestra, the BBC Philharmonic, and the Orchestre National de France.
This release sees him return to Mozart, a composer with whom he has a great affinity, and a recording of his complete piano sonatas. The sonatas here are grouped by key, revealing Mozarts unique approach to tonality.
You absolutely must hear him, this boy plays like a devil.  Aribert Reimann to David Levine (1986, during his visit to Ankara)