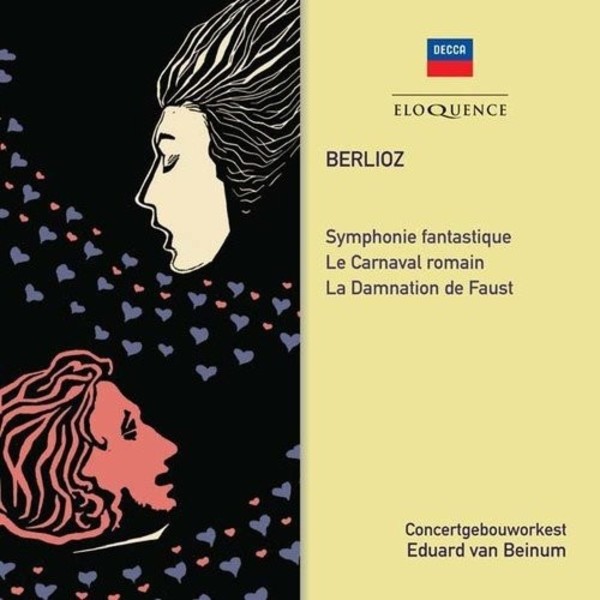 Between the controversial Mengelberg and the versatile Bernard Haitink, Eduard van Beinum played a less distinctive role as principal conductor of the Concertgebouw in the postwar years until his death in 1959, but it is difficult to overestimate the positive effect he had on that orchestra, and the sincerity of his musicianship.

Van Beinum described his relationship with orchestral musicians as first among equals, and the implications of that collaborative approach to music-making may be appreciated in the beautifully moulded wind solos of this Symphonie fantastique. The Roman Carnival Overture was recorded during the same sessions as the symphony in September 1951, while the excerpts from The Damnation of Faust date from May 1952. The conductors unfussy mastery and elucidation of symphonic form also serve as a useful reminder that that Berlioz, for all his Romantic trappings was, in some respects, a Classicist. A typical van Beinum recording is like a home-cooked meal, the critic Raymond Tuttle has remarked: no ostentation, but no guilt, and the sensation of being in competent, judicious hands crosses the decades.

He contributes a booklet note which discusses both these epoch-making works and the conductors humble service to them. These recordings have been newly remastered for this Eloquence reissue. Van Beinums conducting of Berlioz (as shown best in his Symphonie fantastique) is both scrupulous and spirited; and the Dutch orchestra responds splendidly. Gramophone, November 1952 (Damnation of Faust excerpts) Van Beinums approach serves as a reminder that Berlioz, for all of his Romantic trappings, was, in some respects, a closet Classicist. And neither Toscanini nor Davis brought to the Roman Carnival Overture the delineation of woodwind detail that can be heard in this recording Fanfare, September/October 2003