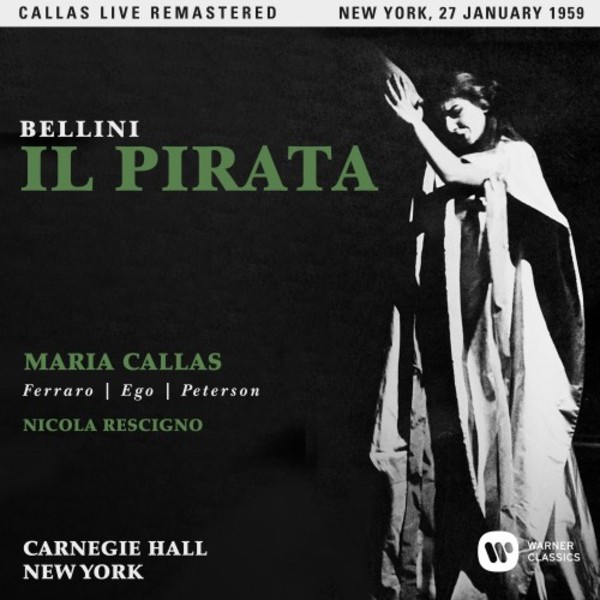 The titular character of Bellinis Il pirata is the tenor, Gualtiero, but it is the soprano, Imogene, who leaves the most powerful impression, thanks above all to her lengthy and dramatic closing scena. Il pirata had fallen into obscurity before it was revived for Maria Callas at La Scala in May 1958. She went on to make a studio recording of the final scene a few months later and early in 1959 starred in this concert performance at New Yorks Carnegie Hall. Collaborating with one of her favourite conductors, Nicola Rescigno, she electrified the audience with singing of inimitable poetry and theatrical power.