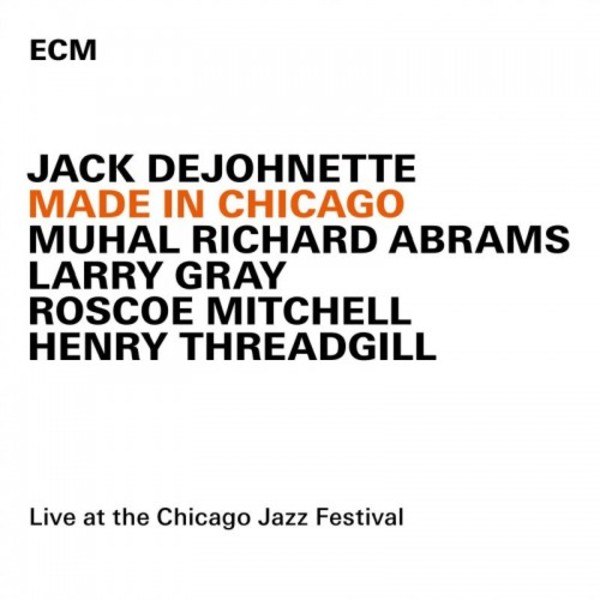 Jack DeJohnette: Made in Chicago

With Made in Chicago, an exhilarating live album, Jack DeJohnette celebrates a reunion with old friends. In 1962, DeJohnette, Roscoe Mitchell and Henry Threadgill were all classmates at Wilson Junior College on Chicagos Southside, pooling energies and enthusiasms in jam sessions. Shortly thereafter Jack joined Muhal Richard Abramss Experimental Band, and Roscoe and Henry soon followed him. When Abrams cofounded the Association for the Advancement of Creative Musicians in 1965, DeJohnette, Mitchell and Threadgill were all deeply involved from the outset, presenting concerts and contributing to each others work under the AACM umbrella. Jack brought them together again for a very special concert at Chicagos Millenium Park in August 2013, completing the group with the addition of bassist/cellist Larry Gray. The concert recording  featuring compositions by Roscoe, Henry, Muhal and Jack, plus group improvising - was mixed by Manfred Eicher and Jack DeJohnette at New Yorks Avatar Studio. Made in Chicago is issued as the AACM begins its 50th anniversary year.