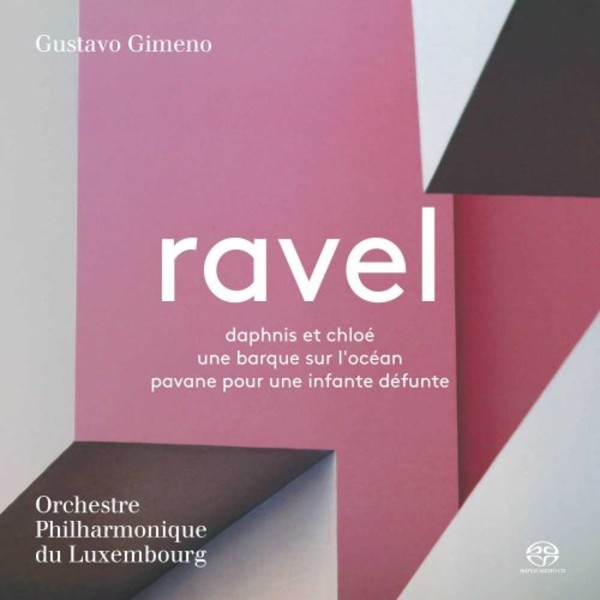 Sensuous, lushly evocative and intricately constructed, Maurice Ravel's Daphnis et Chloé is widely regarded as his greatest orchestral masterpiece and one of the 20th century's finest ballet scores. This vast musical fresco with its shimmering harmonies and spectacular conclusion is compellingly realised by Gustavo Gimeno and the Orchestre Philharmonique du Luxembourg.
The album also contains the haunting and exquisite Pavane pour une infante défunte and the vividly scored Une barque sur l'ocean.
Stravinsky regarded Daphnis et Chloé as "not only Ravel's best work, but also one of the most beautiful products of French music" and it's easy to see why. Written with consummate finesse for Diaghilev's Ballet Russes, this "choreographic symphony" is an intoxicating blend of warm, seductive harmonies and passionate intensity, realised on a large orchestral canvas.
This is Gustavo Gimeno's third recording with the Orchestre Philharmonique du Luxembourg (OPL) for Pentatone following two releases in May 2017 of orchestral works by Bruckner and Shostakovich. A further six projects are planned in the coming years. "We're very excited to make this multi-album collaboration with Pentatone part of the artistic journey of the Orchestre Philharmonique du Luxembourg and Gustavo Gimeno," writes Matthew Studdert-Kennedy, Head of Artistic Planning at the OPL.