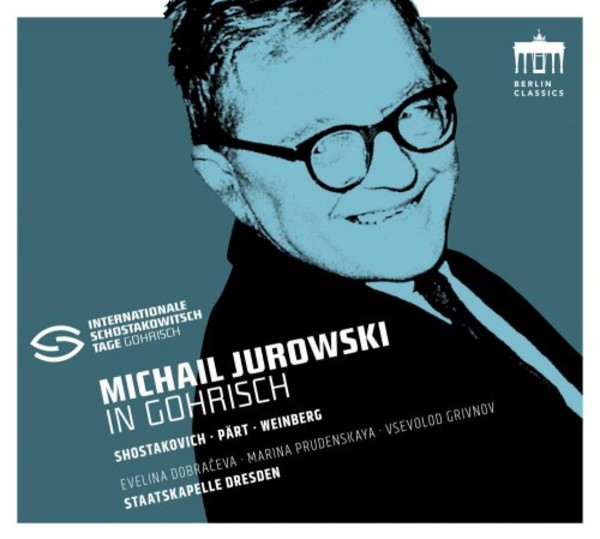 Rhapsody on Moldavian Themes, op.47 no.1

Rhapsody on Moldavian Themes, op.47 no.1

In July of 1960 Dmitri Shostakovich composed his famous String Quartet no.8 in C minor, op.110, in the small spa resort of Gohrisch and is the only work Shostakovich composed outside the Soviet Union. To commemorate the visit the International Shostakovich Festival in Gohrisch was established in 2010, 50 years later. The Sächsische Staatskapelle Dresden played an important role in initiating the festival and performs in Gohrisch with well-known concert artists.

One of the first guest artists in Gohrisch is conductor Michail Jurowski, who as a child used to play piano pieces for four hands with the composer (he knew me before I knew him), and is considered one of todays most authentic Shostakovich interpreters. From 2010 to 2013 he appeared at the Shostakovich Festival conducting the Sächsische Staatskapelle in the concert barn or the concert marquee in Gohrisch.

Concert highlights from these performances can now be heard on the first CD of live festival concert recordings: in addition to the Chamber Symphony, op.110a (the orchestra version by Rudolf Barshai of String Quartet no.8), Michail Jurowski also conducts works by Arvo Pärt and by the close friend of Shostakovich, Mieczysław Weinberg  who has been discovered only over the past few years  to whom festival programming was dedicated. The closing piece on this first CD is a song cycle, From Jewish Folk Poetry, op.79  a work which due to Soviet anti-Semitism was left unperformed for many years, making its performance all the more important to Michail Jurowski.