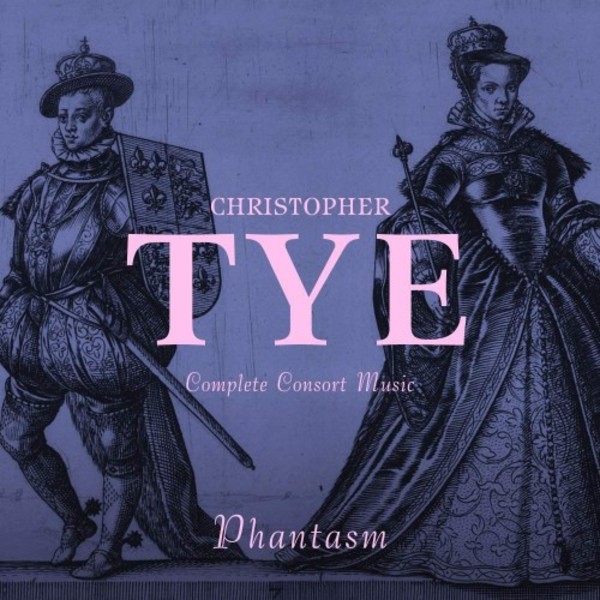 This recording from the award-winning viol consort focuses on an important 16th-century composer and radical thinker, Christopher Tye. The English composer is especially bold in his metrical and harmonic experiments embraced within his mystical but surprisingly approachable instrumental works. There are pieces depicting the biblical Rachel weeping for her children, an In Nomine counted in lengths of five beats (unheard of before the nineteenth century) and obsessional works  such as Sit Fast  which test the rhythmic skills of musicians with passages of dizzyingly modernist metrical complexity. Phantasm take a radically different approach to previous recordings, delivering a performance that brings out the musics ceaseless energy, rhythmic articulation, and provocative harmonies  in short, one that highlights Tyes insights as music for today.
Founded in 1994 by Laurence Dreyfus, Phantasm has become recognized as the most exciting viol consort active on the world scene today. The ensemble catapulted into international prominence when its debut recording won a 1997 Gramophone Award. Phantasms recordings have won consistent praise and several awards, including a second Gramophone Award and a Diapason dOr. Phantasms recording of Lawess Royal Consort was named 2015 Chamber Music Recording of the Year by Limelight Magazine (Australia), and John Dowlands complete Lachrimae was BBC Music Magazines Record of the Month, and Gramophone Critics Choice.
Everything to which Phantasm turn their hands is well worth hearing. - MusicWeb International
Phantasm is simply the best viol consort around. - BBC Music Magazine
I was bowled over by what was possibly the finest viol consort playing I had ever heard. - American Record Guide

The playing is remarkable, and technically flawless...  Kate Molleson
The Guardian 31 August 2017

Sometimes plangent, often ebulliently uplifting, these are ever unpredictable pieces, which can switch from high mood to low, content to unease, on a sixpence. All are exquisitely played by Phantasm, directed by Laurence Dreyfus.
Financial Times 15 September 2017

the consort's percussive energy brings a contemporary feel to proceedings and the result, beautifully recorded in Boxgrove Priory, turns out to be very convincing.  Hannah French
BBC Music Magazine November 2017